Editor’s Note: This whiskey was provided to us as a review sample by Pendleton Whisky. This in no way, per our editorial policies, influenced the final outcome of this review. It should also be noted that by clicking the buy link towards the bottom of this review our site receives a small referral payment which helps to support, but not influence, our editorial and other costs.

Honoring military veterans, Pendleton Whisky has released its third “Military Appreciation” limited edition bottle, ‘We’ve Got Your Six,’ in partnership with the Bob Woodruff Foundation. Pendleton will donate a portion of the proceeds from the sales of ‘We’ve Got Your Six’ to the foundation, as well as $100,000 from the spirit makers themselves.

The Bob Woodruff Foundation CEO Anne Marie Dougherty says of the program, “We’ve ‘Got Your Six’ is the enduring commitment that we make to our veterans and their families, and I’m proud to have Pendleton Whisky standing with us. With Pendleton’s commitment, we have the opportunity to provide the programs and services that our veterans and their families need as they face a range of challenges.”

One such veteran is retired United States Marine Corps Staff Sgt. Brad Lang. Lang has become the campaign ambassador, telling his story after losing both legs in Afghanistan and being awarded the Purple Heart. Through Lang and other veteran’s stories, Pendleton Whisky and The Bob Woodruff Foundation are bringing much-needed awareness to the plight of those service men and women who are often overlooked.

Since its launch in 2003, Pendleton Whisky has been a staple of Canadian Whisky that is decidedly American. Despite having been acquired by Proximo Spirits, the parent company of Jose Cuervo in 2021, Pendleton has continued to bottle out of Hood River Distillers in Hood River, ORegon. It hasn’t lost its small town feel and continues to source water from the glacier-fed spring rivers of Oregon’s Mount Hood National Forest. In other words, they may have lost their original owners, but Pendleton Whisky hasn’t lost its soul. 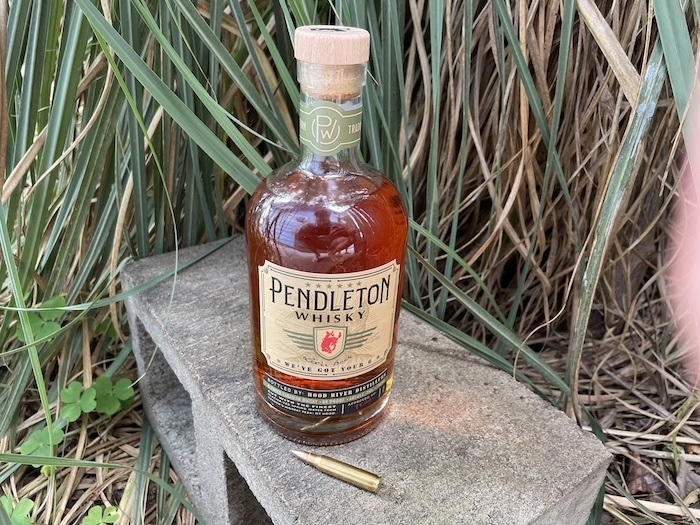 Nose: No overt scents, very mellow, with just the slightest hint of plastic and honey.

Palate: Practically non-existent, this is a whisky screaming out for a little kick. The honey identified in the nose carries through, but overall the whisky tastes watered-down.

This is a release that I can get behind due to the factors involved with the campaign. I think bringing awareness to causes such as the Bob Woodruff Foundation is absolutely essential to the recognition of the plight of the country’s forgotten and overlooked veterans. However, I do think the whisky could be better. The watered-down taste is difficult to overlook and there is no doubt that this will be a whisky that can only be used for mixing.