Pendleton holds a special place within the American heart. While it is still legally Canadian whisky, it has really more America to it. First off, it’s bottled by Hood River Distillers, right here in Oregon where we are headquartered (it is owned, however, by Proximo Spirits). Second, part of the water in it is sourced from the Mount Hood National Forest. And third, it takes its name and history from the American West.

Pendleton takes its name from the Pendleton Round-Up – a classic Western rodeo going back more than a century. The official Round-Up was started in 1910 as the “Northwestern Frontier Exhibition Association” in Pendleton, Oregon. That first year drew an attendance of 7000 people to participate and view “a frontier exhibition of picturesque pastimes, Indian and military spectacles, cowboy racing and bronco bustling for the championship of the Northwest.”

And they did. The Round-Up only grew in size and stature, quickly expanding to accommodate tens of thousands of people. There were over 50,000 people in attendance after World War II suspended the rodeo (the only time in its history the round-up had not occurred, until COVID-19 cancelled it again in 2020) for two years.

The emphasis of the rodeo was always the lands and people of the American West. From the beginning, local Native American tribes Cayuse, Umatilla and Walla Walla participated by providing demonstrations of their cultural crafts and traditions, as well as the Happy Canyon Pageant. The pageant was and is a night show about the history and development of the West, starting with Native American life before the arrival of the colonizers. The original script was co-written by original Round-Up president Roy Raley and Cayuse tribe member Anna C. Minthorn Wannassay. Since then pageant roles have been inherited through families.

So where does Pendleton whisky come into this? Essentially as an homage. Pendleton was created in 2003 to “celebrate the spirit of the American cowboy,” as does the Round-Up. Pendleton is slated to be a sponsor in the 2021 Pendleton Round-up as it has been in years past.

As a side note, we previously reviewed this whisky a number of years back. We are revisiting it, with perhaps the only notable change being the label. 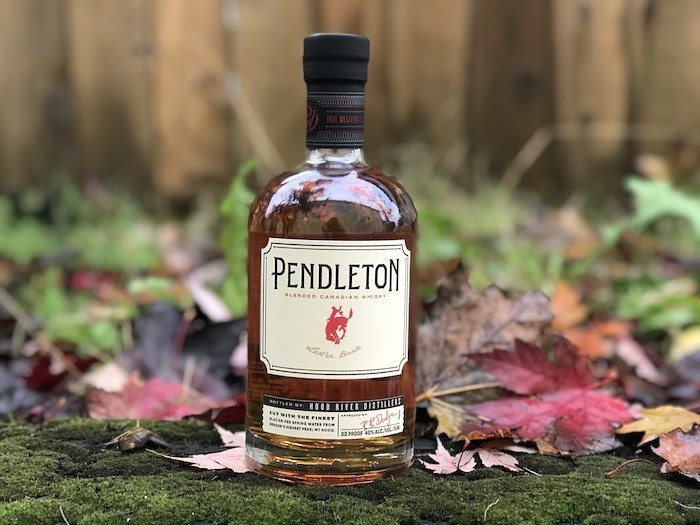 Nose: Unbelievably light and sweet all the way through, with notes of caramel and whipped cream

What can I say? This is classic Pendleton. It’s light, it’s sweet, it’s easy. It’s exactly what the average American drinker is looking for when they want a drink to take their mind off the world. Or maybe the drink for when they want to embody a cowboy. Beyond this, there really isn’t anything that blows one away too much about it.