Editor’s Note: These whiskeys were provided to us as review samples by New Basin Distilling Company. This in no way, per our editorial policies, influenced the final outcome of this review. It should also be noted that by clicking the buy link towards the bottom of this review our site receives a small referral payment which helps to support, but not influence, our editorial and other costs.

New Basin Distilling Company received its distillery license in 2014 and formally opened its doors in 2016. It was founded by five Oregonians with a mix of professional backgrounds (farming, cattle ranching, education, piloting, craftsmanship), and a shared entrepreneurial drive and expressed desire to make better spirits than those they otherwise enjoyed. Thus far, the distillery has a focus on whiskey, of course, though they also dabble in vodka and gin.

Based in Madras, Oregon, New Basin made the bold move to do as much grain to glass production as possible. Rick Molitor, the operating partner, puts it best. “New Basin Distilling Company uses our own fine grain and sources alcohol from throughout the United States to create a true crafted brand. We blend our alcohol with Opal Springs water. Opal Springs, a natural spring that provides us with untouched water, is perhaps the purest and oldest water on earth. We filter our products for unmatched clarity and flavor profiles.”

Here’s a fun fact. New Basin is not only a distillery but also technically a farm — it has 400 acres on which it grows grain. So far, the distillery has two 100% farm to bottle whiskeys, a rye and a wheat. Other whiskey selections in their portfolio are the Strong and Strongest American Light whiskeys, which are at least partially sourced. Speaking of Strong, the name is a historical reference.  The name Strong comes from one of Oregon’s first Western settlers and explorers, Jedediah Strong Smith.

Before this write up, I was unaware of the designation of an American Light Whiskey. Some say that these type of whiskeys helped save bourbon back in the 1970’s when Americans had more tendencies towards lighter spirits. When it comes to American light whiskey, the doors are wide open. It has to be American made (got it), Distilled to 160 to 190 proof (no problem). Where it gets interesting is the fact that it can be made from any mash bill, and can be aged in either used or uncharred new oak barrels. 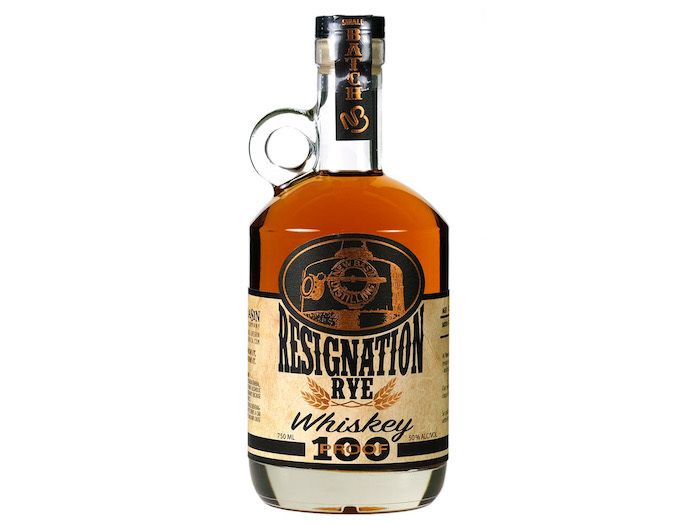 Appearance: Orange, straight up. In the glass, legs were a bit sparse and slow to emerge.

Nose: Very rich, with serious notes of butterscotch and cereal grains. There was a touch of heat, but nothing to be afraid of at 100 proof.

Palate: As a tasting experience, the nose leads the way. There’s the sweetness of the butterscotch blended with peppery spice and oak. The finish was long, resting on the palate for a while.

Final Thoughts: I enjoyed the layers of this one. All of the primary flavor elements were present and melded together well in the finish. 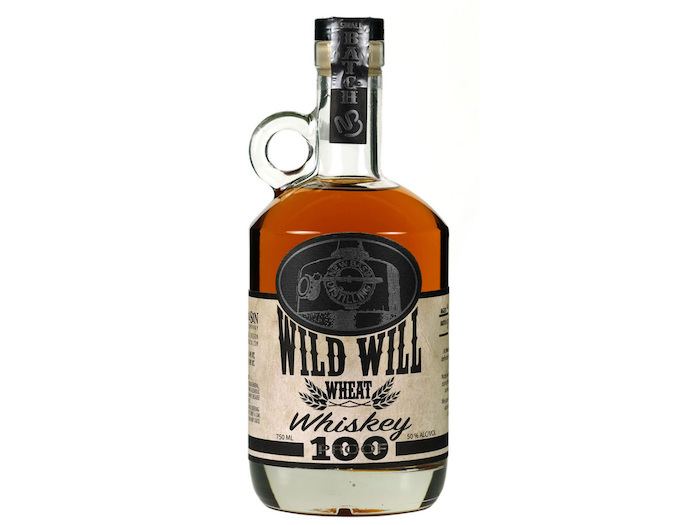 Appearance: The lighter side of orange for this one. In the glass, legs were plentiful and easily glided along the edges.

Nose: Smoked honey and orange zest all the way. This was quite simple and straightforward with what’s going on. Once more, the heat was moderate and helped one pick up what’s going on with the nose.

Palate: This one was quite sweet, as per a wheated whiskey. However, the balance carries it through with enough honey and Earl Grey Tea to keep things interesting. The addition of a few drops of water opens things way up for the palate to accentuate what’s already there.

Final Thoughts: Good, not great. I suppose the best way to put it is that it’s something that you have to be in the mood for and then it hits the mark. 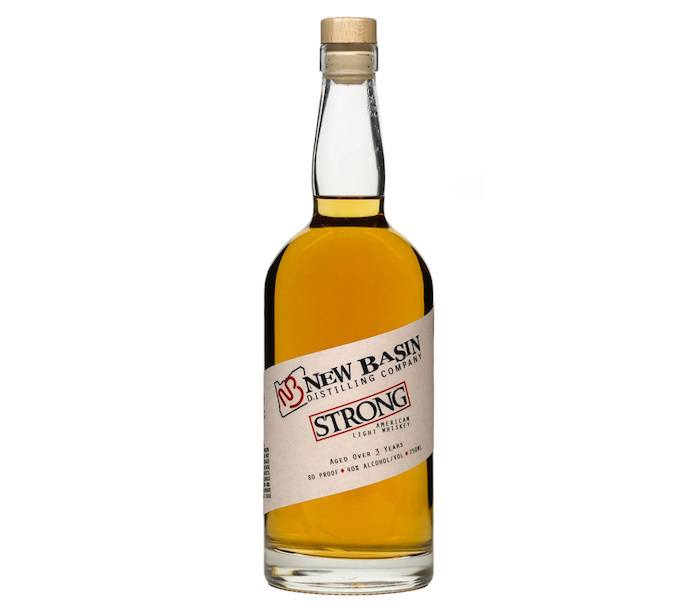 Appearance: A pale, but rich yellow. In the glass, legs were few and slow.

Nose: Hot on the nose, though very little else. Upon further inspection, I discovered a faint notion of citrus.

Palate: With a name like “Strong Whiskey,” I wasn’t sure what to expect here. On it’s own, there isn’t much to say. Lighter bodied, and little finish. The primary flavor going on was some honey, but even that was faint.

Final Thoughts: The Strong Whiskey left much to be desired. There simply wasn’t a lot going on there. I’ll admit to being quite curious as to what the mash bill was for this one. 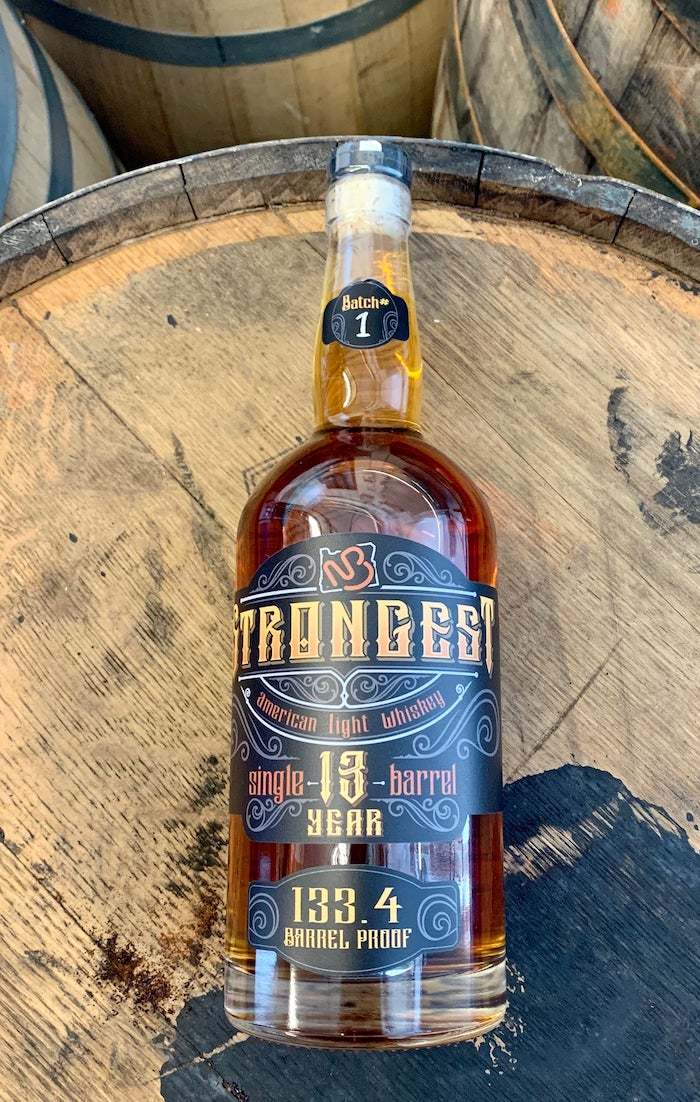 Appearance: Orange with red hues depending on the angle of the light. In the glass, legs were few and far between though quick to appear.

Nose: Oh boy, this is a big whiskey! The heat on this one is intense. However, once you get passed that there are elements of caramel and black tea.

Palate: The flavor profile deviates from the nose here. In a fun way. The prominent flavors were of an orange marmalade, though not overly sweet, with a touch of black pepper.

Final Thoughts: Out of the bunch, this one gets the win. Perhaps it’s the higher proof or the extra time in the barrel. In any case, I enjoyed the complexity of the whiskey from nose to finish.