Editor’s Note: These whiskeys were provided to us as review samples by Bushmills/Flaviar. This in no way, per our editorial policies, influenced the final outcome of this review.

This set of whiskeys came in the form of a Flaviar sample box containing five tasters from the Bushmills distillery, highlighting their Rare Cask Series. The sampler set itself came equipped with small 50ml bottles accompanied with tasting notes to go with each selection.

I like the concept of Flaviar. Each quarter, you receive a small taster box of three samples, as well as a full 750ml bottle for about $100. It may not sound like a lot of stuff, but the company strives to highlight rarer and harder to find spirits, which can help justify the price point.

In any case, the whiskeys. In the box for this round up, there was quite the variety. The selections were two-fold and consisted of the Rare Cask Series and in addition, two tastes of whiskeys done in multiple wood finishes.

For the Rare Cask portion, we find a 28 year Pedro Ximenez Sherry Cask, a 25 year Marsala Cask, and a 23 year Crystal Malt. These particular samples are for enthusiasts to vote and help select the next official release of the Rare Cask series from Bushmills.

For the additional whiskeys there was a 10 year “Two Wood” and a 16 year Rare “Three Wood.” The “Two Wood” selection was finished in both sherry and ex-bourbon casks and is the youngest in the Bushmills line of single malts. As for the “Three Wood”, the whiskey spends a combination of about 15 years in oloroso sherry and ex-Bourbon casks, and then finished up for about nine months in port wine pipes.

The whiskey selected from the samples vying for the next in the Rare Cask series shall be the second release as such. The previous version was of a 28 year single malt finished in oloroso, ex-bourbon, and a rare Cognac casks. I’m curious as to which selection the public voted for. 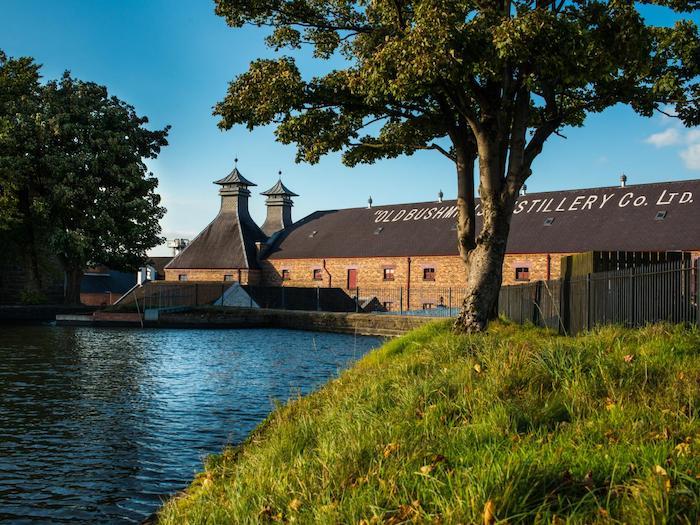 Appearance: The extra aging and cask finish were pretty evident in the color here. It was in the realm of a caramel going into a dark honey. In the glass, the legs were slow to emerge, though there were many.

Nose: Very much reminds one of cold weather flavors. Toasted pecan up front, and fruitier notes of rum raisin. There was a fair amount of heat, but pretty well balanced. After a few minutes, I picked up the faintest hint of salinity in the background, possibly an element of day old popcorn.

Palate: Upon the first taste, noticed the silky and rich mouthfeel that lingered into the finish. The flavors were pretty simple here, mainly being on the sweeter side with notes of vanilla bean and English toffee. The heat didn’t show up immediately, rather making an appearance midway through the experience. Given the richness, I added a few drops of water, which helped balance out the whiskey a great deal.

Final Thoughts: I rather enjoyed this one as a slow sipper. In the past, I haven’t really encountered an Irish whiskey with such richness and found it to be quite pleasant and prime as a winter warmer.

Appearance: A burnt orange or a light cherry wood. Once more, the influence of the wine cask finish is pretty evident. It’s been a while since I’ve cooked with Marsala, but the presence certainly seems to be there. In the glass, the legs were sparse, but quickly glided along the sides.

Nose: This was rye bread in a glass topped with freshly crushed hazelnuts. The 100 proof was tough to get around at first, but as the whiskey settled, the baking notes emerged. Along with the rye bread, there was an added sweetness lingering, along the lines of graham cracker.

Palate: On the palate, the whiskey very much stuck to the profile of the nose. There was an additional brightness to it, probably from the Marsala influence. Other flavors to go with the bread were of smoked honey and a touch of late harvest pear.

Final Thoughts: Out of the three Rare Cask candidates, this one gets my vote. I enjoyed the slight brightness on the palate and the depth of flavors through the tasting experience. It was a fun one to sit down with just to smell and taste and do it again.

Appearance: A pale yellow, with orange hues depending on the light. In the glass, the legs were medium spaced and slow to make their way down the sides.

Nose: Immediately, the nose came off as very bright. The aromas were pretty simple, however, implying green apple or papaya. There was also a funky, floral note around, along the lines of banana candy. It definitely reminds one of an afternoon in the early fall.

Palate: Once more there was the brightness with the soft acidity of the green apple. Just imagine adding a dash of pepper and the lightest drizzle of smoked honey. Altogether, pretty straightforward with a medium finish.

Final Thoughts: I enjoyed the simplicity of this selection. Easy to drink and probably the most food friendly selection of the Rare Cask candidates. Could probably pair well with a salad as well as a lighter dessert.

Appearance: A pale yellow, reminiscent of a lighter green tea. In the glass, the legs were close-knit and plentiful, though slow to ease down the glass.

Nose: The word for this one is bouquet. Quite floral and fruit-forward and had to dig into this one for a bit to figure out what I was smelling. My impressions were of Fuji apple along with ripe banana. It may sound like a conundrum, but it was there. Alongside was a touch of honey, giving the nose the slightest sweetness.

Palate: The flavors here varied a bit from the nose, similar to a dry white wine. Big on the nose, though considerably lighter on the palate. The fruit was still there, though less prominent, along with a mild nuttiness. The whiskey had more body than expected, leading to lingering finish.

Final Thoughts: Given the nose, I’ll admit to having higher hopes in regards to flavor. It’s certainly a simple sipper, but if you’re looking for something more interesting, perhaps venture elsewhere.

Appearance: Orange, but on the lighter side mixed with a pale green. It’s tough to describe. However, in the glass, the legs were pretty well spaced and glided easily down the sides.

Nose: I got the impression of a fair amount of richness going on here. At it’s base, reminds me of an orange spiced black tea. Then we follow that up with a hint of honey. It’s quite simple, but pleasant.

Palate: A medium bodied whiskey, though the finish lingers on a bit. There’s certainly that sherry influence with flavors of melon and honey. A dash of black pepper. However, I found the finish most interesting, going with an essence of roasted peach, but it’s pretty subtle.

Final Thoughts: This is one that I would be happy to have on my shelf, though realistically, it probably wouldn’t last long. It’s tasty and has a lot going on. It’s one of those that one may tend to re-visit often in search of flavors or notes that you may have missed. Just to be sure, of course.