Many things in 2020 have been uncertain since the start of the pandemic. Buffalo Trace Distillery, on the other hand, has given whiskey drinkers some certainty with the fall release of its Antique Collection. For the past two decades, whiskey lovers and collectors have been seeking out this premium collection. It includes the George T. Stagg, the William Larue Weller, the Thomas H. Handy Sazerac Rye, the Sazerac 18 Year Old, and the Eagle Rare 17 Year Old.

Over the years, the Buffalo Trace Antique Collection (BTAC) has garnered attention and received numerous awards. Collectors of the BTAC have been wheeling and dealing, driving up the price on the secondary market. The Antique William Larue Weller has even been resold at $725, an astounding profit since the retail price set by Buffalo Trace Distillery is $99 per bottle. Additionally, the William Larue Weller is the only wheated bourbon in the bunch.

The William Larue Weller in the BTAC honors the distilling legacy and heritage that led to the man’s success. Weller first started his own distillery after selling the brown liquor. After becoming a prominent whiskey brand, Weller hired Julian P. Van Winkle Sr. whom we all know as “Pappy.” Following Weller’s death, Pappy merged the distillery with Arthur Stitzel, and thus Stitzel-Weller opened on derby day in 1935. So if you can’t find a bottle of the illustrious Pappy Van Winkle, you can always get yourself a bottle of Weller, or the Antique William Larue Weller.

The Antique Collection’s uncut, unfiltered, wheated recipe bourbon is William Larue Weller. Previous editions of this wheater have won many accolades, including the 2019 release receiving a Gold Medal at the Los Angeles International Spirits Competition and also named 2nd finest whiskey in the world in the esteemed “Jim Murray’s Whiskey Bible.”  The 2020 release was distilled in the winter of 2008 and aged in Warehouses I and C.  This bourbon registers at 134.5 proof.  Flavors of a soft caramel chew, spearmint and cinnamon can be found on the palate in this year’s offering. 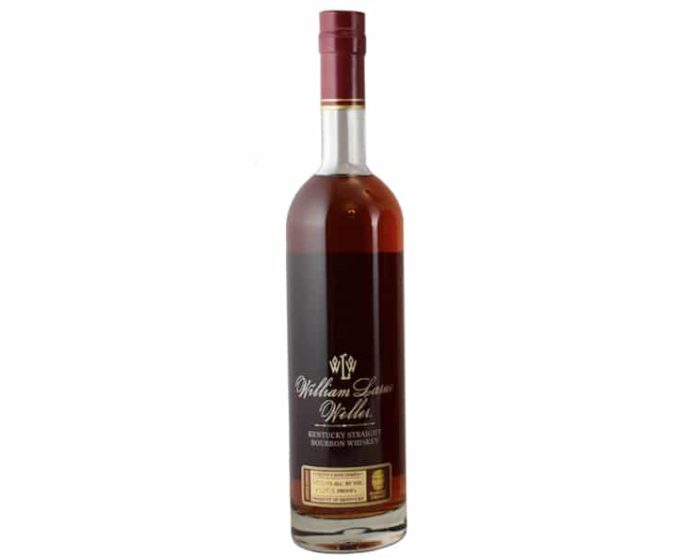 Nose: Bold and bright cherry with crisp granny smith apple are up front on the nose. Citrus oil and cool mint waft in and out. Salted caramel gives off a sweetness.

Palate: Initially, cherry and cinnamon make this dram taste like pie. Salted caramel chew provides just enough sweetness but not to the point of being syrupy or overly sweet. A slight bit of oak is at the end, and hay lingers on the aftertaste. Oddly enough, the whiskey numbs the whole mouth like Novocain.

You can't go wrong with Weller. The Antique William Larue Weller is an experience. Overall for this year's BTAC, I ranked it second. The wheat gives it a nice mellowness all the while imparting some great flavor. Even though it numbed my mouth, I thoroughly enjoyed it and wish I could buy a 750ml bottle. I think the 2020 is the embodiment of Weller, and is a pure classic.