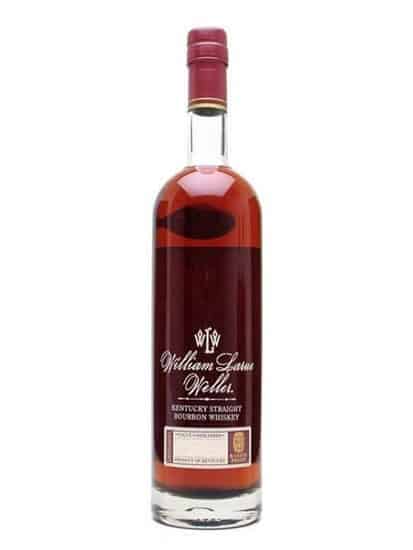 Editor’s Note: Today we bring you the third in a five week series of reviews on each of the individual whiskies from Buffalo Trace’s 2016 Antique Collection. Last week we touched upon Eagle Rare 17-Year-Old, and earlier this week we tasted Sazerac Rye 18-Year-Old. As a bonus, we will also be embedding at the end of each review the annual release letter tied to each expression. This will give you a lot more specifics to consider.

All of these whiskies were provided to us as free samples to review by Buffalo Trace upon request. The Whiskey Wash, while appreciative of this, did keep full independent editorial control over this article.

William Larue Weller is the only wheated bourbon in the Buffalo Trace Antique Collection. It’s bottled at barrel-strength – this year, a robust 135.4 proof – and it’s not chill filtered, retaining a true rickhouse character.

This year’s release was distilled in 2003, making it 13 years old. The selected barrels for the batch came from the third and sixth floors of warehouses D, K, and L. Warehouse K and Warehouse L are both made from brick, but there’s an important difference: Warehouse K has wooden floors, and Warehouse L has concrete floors. That seemingly minor nuance has a big impact on how whiskey ages, and it’s all because of thermodynamics.

The nine-story Warehouse K is said to have good airflow, and lighter floors lead to a wide range of conditions within the warehouse, making it versatile. Buffalo Trace describes the bottom floors as “cool and damp for slow aging,” and the upper floors as “hot and dry, which ages young barrels more quickly.”

The whiskey’s namesake, William Larue Weller, was an early bourbon distiller who (allegedly) was the first to swap wheat for rye in his bourbon’s mash bill. He was one half of the Stitzel-Weller distillery (the other being Pappy Van Winkle).  Wheated bourbons tend to a be a bit softer, a bit fruitier, and a bit sweeter than rye bourbons, and some say they stand up better to prolonged aging.

While I wouldn’t call 13 years prolonged, this is definitely a mature whiskey, and I was excited to taste the only member of the Antique Collection that’s right in the middle of the age range that Buffalo Trace master distiller Harlan Wheatley prefers for wheated bourbons: 12 to 15 years. Let’s see why he thinks so.

With a little water, everything’s amplified: the aroma’s sweeter, the fruit’s fresher, and floral/leafy aspects are fleshed out into a full bouquet.

Palate: William Larue Weller starts off sweet and creamy in the entry, with flavors of butterscotch and shortbread, before ramping up to a growing, peppery warmth in the midpalate. A lovely long finish showcases notes of dried figs, clove, and a mysterious savoriness – curry, perhaps? Undiluted, it’s strong, with a robust although not totally unpleasant burn. Punchy and spicy, it’s not overwhelmingly oaky – everything remains in balance.

With water, the fruit character assumes more of a central role, plus a lovely nutty quality reveals itself, like roasted pecans lightly coated with demerara toffee.

Delicious, balanced, lively – this one’s a winner. And there’s no need to grit your teeth – it’s improved by a little water. William Larue Weller is my favorite of the 2016 batch.