Templeton Distillery began bottling its four-year-old rye in 2006. It wasn’t until a few years later that it started laying down barrels intended to age longer. So the six-year rye is a newer expression, debuting only in 2016. Templeton, though, quickly started calling the newer sibling its flagship release.

Regardless, it’s made the same way as the four-year, starting with a base rye from MGP Ingredients and then adding undisclosed flavoring until it tastes like the distillery believes Prohibition-era predecessors would have in the area around Templeton, Iowa. It’s eventually proofed down and bottled in Iowa.

A new full-service distillery in Templeton is scheduled to begin bottling in the next year or two, which will get the brand out of the sourced-whiskey business. In the meantime, the flavoring component is why neither the four-year nor the six-year can be labeled as straight ryes. As flavored whiskies, they’re allowed to add up to 2.5% by volume of flavorings or other additives.

On the one hand, this might help differentiate Templeton ryes from the many other brands slinging MGP whiskey on the market. On the other hand, it’s probably enough to make whiskey purists a little bit skeptical.

Where you fall on that question is ultimately up to you. What matters most, in any case, is how a whiskey tastes. I recently reviewed the 4-year-old Templeton Rye, and found it okay for the price point. Here, we’re stepping up to the six-year. 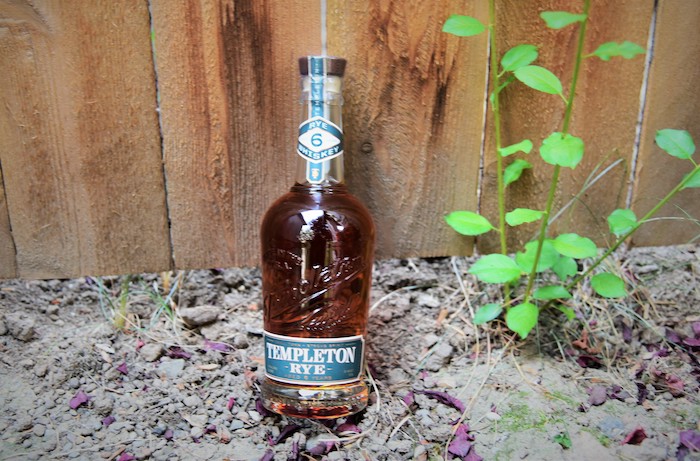 Appearance: Tawny color, slightly darker than its four-year-old sibling; legs stick to the side of the glass more, too.

Nose: Relatively sweet, bringing to mind puff pastry made into cream cheese danishes. Just a dash of rye spice. The wood comes through with butterscotch and vanilla.

Palate: The rye jumps right out of the bottle with a surprising boldness, but it doesn’t last long. It also doesn’t bring the grassy flavor than I find in many other ryes. Brown sugar, apple pie, cinnamon and coconut fill out the mid-palate, and then it eases into a long, nutmeg and charred oak finish. The mid-palate and finish accentuate the sweetness.

This seems like a perfectly fine middle-of-the-road rye. If I were doing a flight of ryes for a friend at my backyard bar, I might start with this one and then move into some of the whiskies I like better. For $40 to $50 a bottle, that’s probably about what I would expect. It’s not the most complex rye on my shelf, but it covers the basics and I’d be okay pouring it neat or mixing it into an Old Fashioned or a Manhattan.