Despite a pandemic throwing everything into chaos, Buffalo Trace Distillery has made sure to keep its schedule of releasing its Antique Collection this fall. 2020 marks the 20th anniversary since the first launch of this premium collection. It includes the George T. Stagg, the William Larue Weller, the Thomas H. Handy Sazerac Rye, the Sazerac 18 Year Old, and the Eagle Rare 17 Year Old.

Bourbons with double digit age statements are highly sought after, but when they happen to be a part of the Buffalo Trace Antique Collection (BTAC) they are practically impossible to find. In the past, the BTAC bottles have been sold for over $700 on the secondary market. That is a staunch comparison to the $99 retail price.

The previous edition of Sazerac Rye 18 Year Old was named “Best Rye Whiskey Aged 11 Years and Over” by “Jim Murray’s Whisky Bible.”  This 2020 straight rye whiskey release has notable flavors of oak, caramel and dark chocolate, with a finish of coffee, black pepper and cherries. The barrels for this whiskey were filled in the spring of 2002 and it rested on the third floor of Warehouse K.  It is bottled at 90 proof. 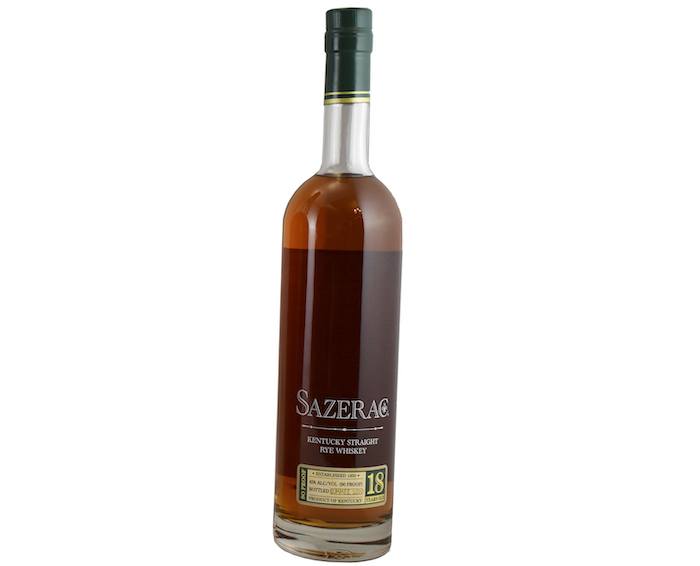 Nose: I first notice the aroma of sourdough starter. Fig and bold cherry round out the middle, whereas grass follows up at the end. Rich, buttery caramel provides the sweetness on the nose.

Palate: Oak is first noticeable with a fresh slice of baked sourdough bread. The mouthfeel comes off clean and crisp with a light touch of oil. Cherry comes forward with vanilla. In the middle, caramel or demerara simple syrup add to the sweetness of the vanilla. For depth, cinnamon and allspice mingle. Black peppercorn switches things up at the finish.

Just because I ranked this fourth, doesn't mean I think it is the worst. Again, each of the BTAC stands out, but I think I am over smell and taste of sourdough since being in quarantine. If you don't get a chance to try the Antique Sazerac 18 Year Old, I find it comparable to the Michter's 10 Year Single Barrel Rye.

Read More Whiskey News
Whiskey Review: Old Overholt 114 Proof Straight Rye Whiskey
4.5
User Rating ( votes)
Sending
39
Shares
4.6k
Views
Share on FacebookShare on TwitterGet Our Newsletter
Cheers to the Dads! Personalize a bottle of his favorite whiskey to create a modern gift for the modern man. Use code: FATHERSDAY20 for $20 off your next order of $100 or more at ReserveBar