While she did not become our 45th President, Hillary Rodham Clinton’s success leading up to the most recent election inspired the folks at Republic Restoratives in DC to release a blended rye whiskey in tribute. So many elements of this particular bottling speak to the unwavering strength and poise shown by the former First Lady; for example, the final blend was cut to proof using water from a New York maple syrup farm in honor of her prior NY Senate experience. Rye was chosen as the predominant grain because, as distillery co-owner Pia Carusone has noted, it is one of the most “resilient” to work with, drawing parallels to Clinton’s political career.

Carusone supplements her distillery life with a love of politics, having campaigned for both Clinton and congresswoman Gabby Giffords before her. This whiskey, held up as a “tribute to women in history,” was not distilled in-house, but instead blended from Tennessee stock. A one-year and three-and-a-half-year rye were selected from another distillery to create a final product that is “stronger together than [these whiskies] are apart.” A portion of the proceeds of this whiskey go to Emily’s List, a non-profit organization which supports pro-choice Democratic females running for office.

With all the political backstory out of the way, it’s time to refocus on why we’re all here. Whiskey. And whether or not Hillary’s namesake dram is worthy of its distinguished moniker. 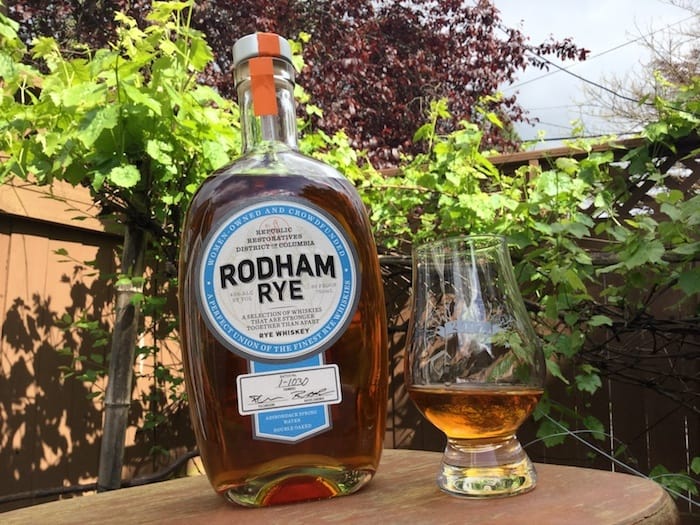 Appearance: This rye bears the color of slightly toasted orange peel, and produces sufficient legs when allowed to dance freely in the glass. The hue is duller than I’d prefer, but the liquid itself shows no signs of cloudiness.

Nose: There is certainly no shyness to the aroma within. Big bold wafts escape from the glass, leading off with a toffee-like sweetness. Deeper, earthier notes of peanut butter and old leather are present as well. The sweetness returns at the end of each breath, enrobing a modicum of rye-like bite that plays off the oak gently, evoking a dry, sharp smell that exists somewhere between Windex and coffee grounds. Not terrible, just a little angular off the base sweet sniffs.

Palate: With no surprise, the sweetness and nuttiness captured in the scent above translate very accurately to the front palate. The thinner body is supplemented by a light, vanilla sweetness that carries the flavors through each sip. The peanut-y smell blossoms into an aftertaste which more recalls hazelnut skins, adding some much-needed complexity to the sugary first quaff. Much of the vibrant, earthy, and pointy rye flavors are lost between the intensely candy-like base and the powdery, dusty oak notes that play second fiddle here. As my palate adjusts, there is a green peppercorn note up front, with a hint of olive-like umami that emerges. The finish is appropriately dry in texture but so much about what precedes it throws this beverage out of balance.

It's an honor just to be nominated. Without losing sight of this powerful tribute, the whiskey blend itself seems like a bit of a rush job, lacking cohesion and satisfying rye character. Those who typically enjoy sweeter bourbons but are now seeking out the 'training wheels' of rye whiskey will find solace here, as will collectors of political merchandise. I'd rather give $40 directly to Emily's List and pick up a nice, reliable $30 bottle of rye at the local liquor store.