Editor’s Note: This whiskey was provided to us as a review sample by Penelope Bourbon. This in no way, per our editorial policies, influenced the final outcome of this review.

Penelope Bourbon is a very new, four grain approachable bourbon. Co-founders and childhood friends, Mike Paladini and Danny Polise, decided to go into business together because of their different tastes in whiskey. They wanted to create a bourbon that everyone could enjoy and share with one bottle.

Penelope Bourbon is distilled in Lawrenceburg, Indiana, and bottled in Louisville, Kentucky. Mike and Danny wanted to do something unique, however, so they decided to age the wheat and rye grain mashes separately from the corn and barley mash. Both co-founders found out they were going to be fathers when they started research and development. It wasn’t until Mike found out he was having a baby girl that the bourbon would get its namesake.

Starting small, Penelope Bourbon only filled 1,900 bottles. At first glance, it feels like the bourbon is being marketed exclusively toward women. They even go as far as to point out a shot is under 100 calories. However, for anyone who wants to drink an easygoing bourbon, this is the one. 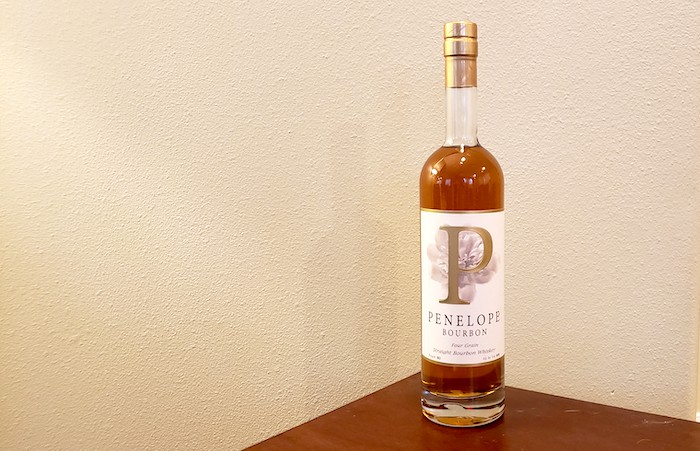 Appearance: Hazy amber as the oils flock. Some floaters from the barrels are present.

Nose: Sweet and spicy at first that reminds me of a tray of petit fours. Quite dainty on the nose. Has a sour mash tinge like the Henry McKenna Sour Mash Straight Bourbon.

Palate: The mouthfeel is soft from the wheat, and the spiciness from the rye is not overbearing. Hardly any sweetness comes through despite what the nose is telling me. Mixed with rye spice is a faint amount of orange zest. The bourbon is a little medicinal on the backend. The finish is very grassy and straw-like. Overall, the palate is subtle; you really have to work at finding flavor.

Kudos to Mike and Danny for starting a new company while becoming new fathers. For a two year bourbon, it’s pretty decent. I think they accomplished what they wanted, making an approachable whiskey, but I think they can push the palate further and play around with the mash bill blends. This is only batch one, so we'll see how Penelope Bourbon evolves.