Pulling Back The MGP Whiskey Curtain: A Tour Inside

In early October, I received an exclusive invitation to peek behind the curtain of one of the most important distilleries in America—and one of the most secretive. Midwest Grain Products is the country’s main supplier of whiskey for brands that do not distill their own, of which there are many. While it has confidentiality agreements with its customers and does not disclose brand names, it is estimated that close to 130 different whiskey brands use MGP sourced whiskey. MGP does not give tours of its facility – they are extremely tightlipped about the details around their smaller craft brand “partners” – and photography is strictly prohibited inside much of the plant. This invitation was clearly a rare opportunity to visit a 170-year-old distillery with a rich whiskey past, but with all of this secrecy, would we really get a feel for the inner workings of the place?

Turns out, yes! Everyone we met with was incredibly forthcoming about the company’s process. We were hosted by CEO Gus Griffin and VP of brands Andrew Mansinne along with MGP Ingredients’ talented production team, including Lawrenceburg plant manager Mike Templin and corporate director of quality David Whitmer.

Our tour of MGP’s massive operation included a bit of a history lesson on the town of Lawrenceburg, Indiana. While Indiana’s neighbor directly to the south may get all of the American whiskey glory (ahem, Kentucky), the tiny town of Lawrenceburg has played an important role in American whiskey production for the past 200 years. The MGP Ingredients property includes 92 buildings on 300 acres and was originally established in 1847, but there is evidence that people were distilling on that property as early as 1808, soon after the city of Lawrenceburg was founded. With such a long history of producing quality whiskies, it’s no wonder Lawrenceburg takes special pride in its nickname, “Whiskey City.” 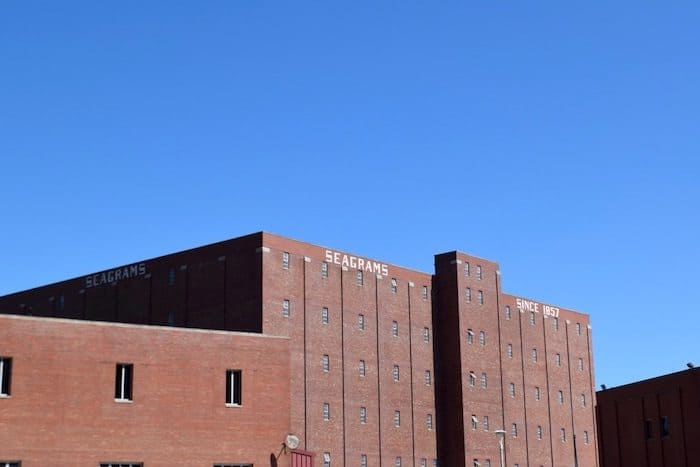 Helping to earn this moniker is the fact that MGP sits directly on top of an aquifier that provides a reliable water supply for their products. It is also used to cool their equipment. This cold water source is the key to keeping fermentation under control and maintaining consistency. So much of their quality, especially when it comes to their hallmark rye whiskey, is attributed to this limestone filtered, 56-degree water source just steps from the Ohio River.

The distillery was formerly owned by Seagrams, which was the property’s longest tenant to date. MGP didn’t fully take over until 2011, after Seagrams had gone out of business and the company had changed hands a few times. Many of the main industrial buildings that make up the MGP property still have the Seagrams name emblazoned at the top. That visual acknowledgment of a previous era not only sets the tone for MGP’s low key personae – it is used to having other’s names on its work – it also drives home its reverence for the history involved with the place. Many of the skilled workers and technicians on the present MGP team were inherited from the previous distillery’s owners. Even the “Mother Yeast” it uses to ferment with was inherited from Seagrams.

We saw the “Mother” in action when we visited the fermenting tanks – massive, bubbling yeasty brews that seemingly go on for miles, the smell of banana bread wafting through the air. It has backup yeasts if something happens to the “Mother,” as well as the capability of using clients’ preferred yeast if requested. 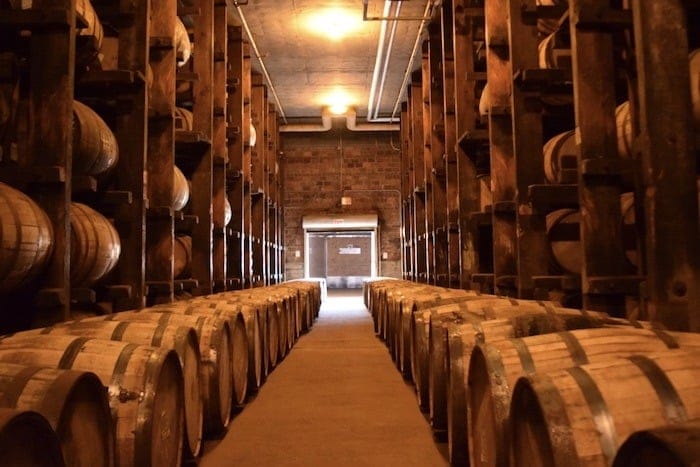 We spent some time in the Rack House, where the identifiable scent of wood and whiskey fills the air. The aging barrels are stacked vertically, one upon the other, in imposing towers above our heads. One of the most impressive parts of the plant that we visited was the control room – a monitor-filled war room, of sorts. It was set up like how I imagine a computer room at NASA looks when technicians audit a space shuttle landing. And it was one of FIVE.

What became increasingly clear was that the success of MGP lies in the fact that it can pretty much customize whatever its clients desire. It’s like the Willy Wonka of whiskies! There’s a reason why everyone from Bulleit and Templeton to WhistlePig and High West sources from MGP. It makes quality products that make brands money and consumers happy.

The MGP team is clearly honored to be one of the leading distillers in the country and a force in the rye whiskey boom around the world. For years it has focused on producing quality spirits for other brands and have enjoyed sitting just out of the glow of the intense spotlight that has been shining on the flourishing spirits industry in recent years. But you can feel a slight shift happening within the company, a subtle sense of awareness of where that light is, as they continue to flesh out their own product line for the first time. 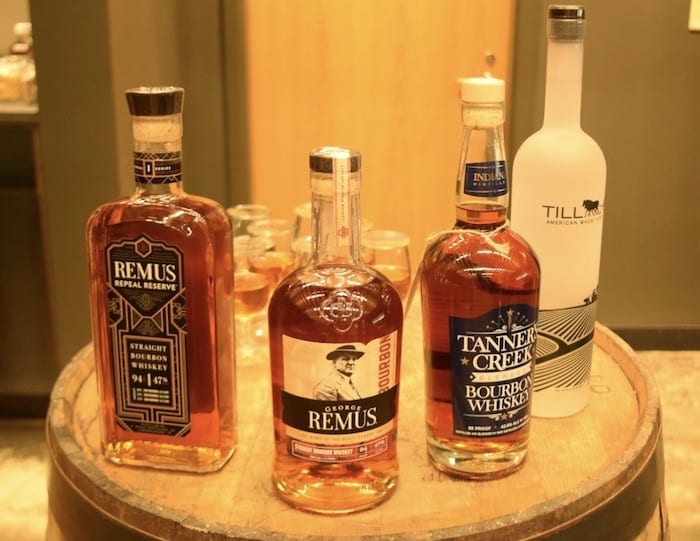 What MGP Ingredients has learned through its successes and misses is that it is the ultimate focus group for the American palate. It gets immediate feedback from client brands about what is selling across the country. So launching its own line of brands makes sense. With the luxury of time, capital, and experience gained over the years, MGP can think long term instead of being under pressure to knock it out of the park right away; It can craft products based on a ton of research from brands, consumers and the bartending community. The core part of its business will always be to supply other brands, but it has made the decision to make room for its own products in its business as well.

After our tour, we tasted a range of aged whiskies, including its new release, George Remus Straight Bourbon Whiskey, and a preview of its most recent launch, Remus Repeal Reserve, in honor of Repeal Day, December 5. It is currently only in nine markets, mostly in the Midwest, making it clear that MGP is taking its time and is deliberate with the roll out of its own line of products. As the curtain is drawn back on MGP Ingredients, and the shift of awareness moves towards its direction, I look forward to watching it step into the spotlight that it has avoided for so long.