While most whiskey is aged in charred oak barrels, Michter’s US*1 Toasted Barrel Sour Mash Whiskey goes one step further with a second custom barrel. That second barrel went through several rounds of testing by Master Distiller Dan McKee and Master of Maturation Andrea Wilson to land on the right level of nuance for this toasted, not charred, barrel finish sour mash whiskey.

Michter’s was founded in 1753 in Pennsylvania and originally called Shenk’s. It was later named Bomberger’s and finally Michter’s in the 1950s. The Michter’s name came from the combination of, then owner, Lou Forman’s two son’s Michael and Peter.

Michter’s is located in Kentucky, with two facilities and one farm. One location in Louisville is in a section of town called Shively, known for its whiskey heritage. The other location, called Michter’s Fort Nelson Distillery, is in the heart of Louisville. 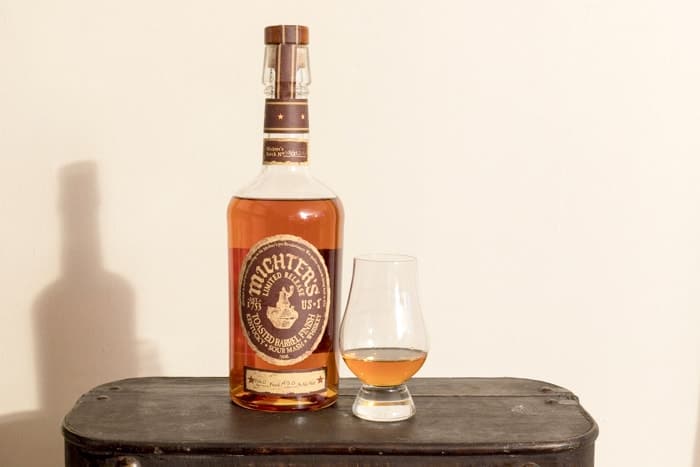 Vital stats: 86 Proof; no age statement; aged in hand selected charred white oak barrels then transferred to a new toasted barrel made from air dried wood for finishing. It is a higher end whiskey pricing around $60.

Palate: It’s sweet like toasted honey with lots of fruity notes. Michter’s Toasted Barrel Finish Sour Mash has a rich and flavorful taste of ripe apricots and plums. This whiskey has a complex palate that starts sweet and finishes warmer, maybe a little hot. It would make a great dessert whiskey, as in, no dessert needed with this in your glass. It has a lot of character and very fruit forward.

This is a very delicious whiskey that is great for the neat drinkers like myself. It's great for sipping at the end of the day. If you dared mix this wonderful whiskey it would make a great manhattan or old fashioned because of all the fruit flavors.