Editor’s Note: This whiskey was provided to us as a review sample by Maker’s Mark. This in no way, per our editorial policies, influenced the final outcome of this review.

Maker’s Mark is one of those iconic brands. I’m sure many whiskey enthusiasts may have a story or two about having a dram. The commUNITY Batch is an ode to those in the service industry that bring those pours to you. This particular batch is a blend of 37 Private Selections curated by service industry partners.

“To have the continued support of a partner like Maker’s Mark is inspiring to us, as we try to navigate this difficult time, and offer our community the means of both survival and growth,” said Edward Lee, James Beard Award Winning author, restaurateur, chef and founder of the LEE Initiative, at the time of its release. “The commitment of Maker’s Mark, and the willingness of their partners to step up and help, speaks volumes to the character of the brand and the people behind, and we are so thankful to partner with them on this incredible bourbon.”

This whiskey was released in 2020 and all proceeds from sales went towards those disenfranchised in the service industry due to our current pandemic. Maker’s Mark isn’t alone in this movement, as distilleries all around are making their contributions by way of producing hand sanitizers and other special releases towards those in need. 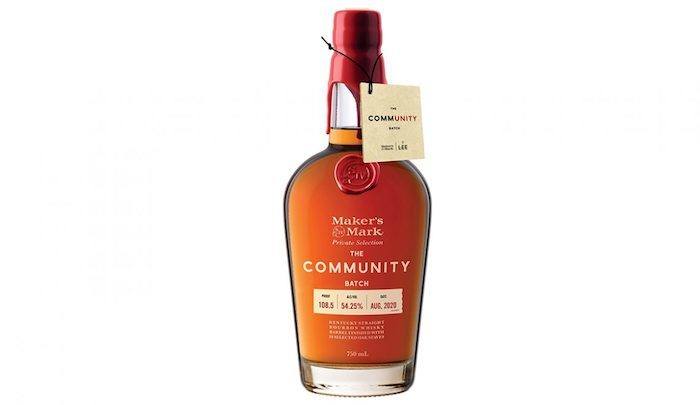 Appearance: Copper with red hues. In the glass, there were lots of legs along the glass, however slow moving.

Nose: Immediately hot and astringent. After letting it rest a minute, there were classic bourbon notes of amarena cherry mixed with candied orange zest and burnt sugar.

Palate: Big caramel and citrus up front, followed by an oaky finish. Over time, there were notes of cherry paired with a pepper spice in addition towards the end. With the addition of water, the whisky was still punchy and would work quite well in cocktails.

This was a good whiskey, albeit a bit rough on it's own. It's big, but lacks balance, depending on your palate. At the end of the day, the addition of a few drops of water led this one towards its zone. The whiskey opened up significantly with more of the caramel and fruit flavors being pronounced.

This whiskey would be fantastic in a cocktail. For sure in one of the classics, though would totally play well in a house cocktail at your local bar. As with many whiskeys out there, have fun with it!