None of the concepts they’re doing are groundbreaking ideas, but it’s the first time Jack Daniel’s has used their #1 selling whiskey in these ways, likely in order to meet the market demand of such styles.

Today, we have the Barrel Reunion #2. They age their whiskey per usual in new oak barrels, and then that barrel goes to a local beer maker. For this selection an oatmeal stout is rested in the Jack Daniel’s barrel. When the beer maker is finished with that step, they sell their beer and return the barrel back to JD, who in turn puts the Tennessee whiskey back into the barrel.

The result is the obvious – you get some nice added texture and a bit more creamy, chocolate, oaty-ness from the beer. With the mind-boggling following Jack Daniel’s has for their whiskey, it’s no doubt people enjoy trying something new from them that is still familiar enough to go down easy.

The other Tennessee Tasters’ have been interesting so far, with some really great aspects to them (the High Angel’s Share release was rather good). Jack Daniel’s has a unique enough flavor profile that it doesn’t mix with everything, so these barrel finishes need to be mindfully selected. Let’s see how this one stacks up. 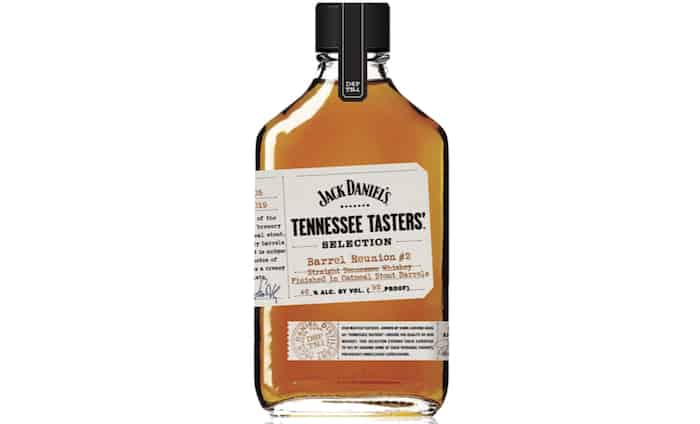 Nose: Pine and mint, with a rich, savory note. Oak, nutmeg spice and a touch of banana bread.

This is my least favorite so far of these releases. While the flavors theoretically compliment each other, I don’t find this barrel finish to bring a very enjoyable experience. It lies a bit too close to the typical Jack Daniel’s familiarity by itself to allow the stout barrel to fully mingle.

However, that same underlying tone could be aided by showcasing it in a cocktail rather, and I believe that is where this whiskey would shine a bit brighter.