Bernheim Bros. opened its doors in 1870 and thrived even through Prohibition. According to Wikipedia, “Bernheim Brothers was one of only ten distilleries allowed to continue to make bourbon, as they had received a license to produce it for medicinal purposes.” In 1937, after Prohibition ended, Bernheim sold the business to the Schenley Distilling Corporation.

Shortly after Bernheim Bros. existed, I.W. Harper was born in 1872. The I.W. Harper name most likely came from the founder Isaac Wolfe Bernheim. The surname “Harper” was chosen for marketability since Isaac immigrated from Germany in 1867.

Isaac Wolfe Bernheim was a bit of a philanthropist in the U.S. and Germany. Possibly his biggest contribution was twenty five miles south of Louisville. He purchased 14,000 acres and established the Bernheim Arboretum and Research Forest which opened in 1950. It is the largest privately owned nature space in the state. It is held in trust but given to the people of Kentucky by Bernheim. Isaac, his first wife, and several other family members are buried in the forest.

Outside of the Bernheim Forest, Isaac also contributed heavily to the Jewish community. He also contributed to many cities including Cincinnati, New York City, Washington DC, and Louisville. When he returned to his hometown, Schmieheim, Germany, he made a large donation so they could install the first plumbing system. This gave the town running water for the first time in the early 20th century. He also built a home for children and one for the elderly.

I don’t know about you, but I love a brand that likes to give back after it succeeds. To me, learning all this made me love this whiskey even more than just the flavor. If you haven’t had a chance to try the I.W. Harper 15 year I’ll let you in on a secret: It’s good. 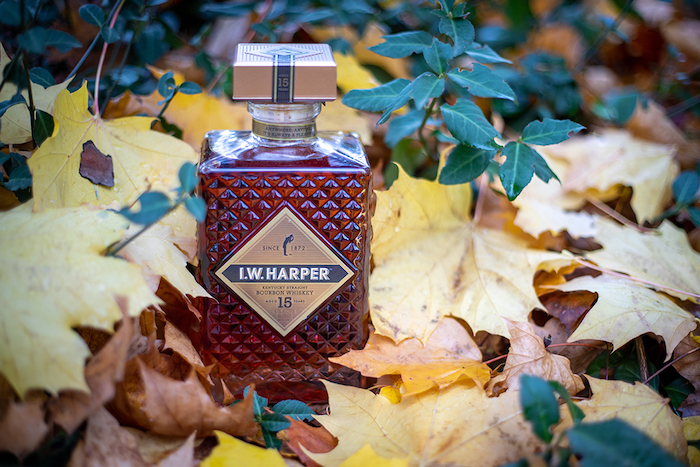 Nose: The aroma is very clean and pleasant. I detect notes of dried pine needles, dark chocolate and cinnamon. There’s just a hint of resin and prune.

Palate: The palate is consistent with the nose which I very much enjoyed. There are warming spices of cinnamon, ginger, cardamom, and clove with toasted grain and eucalyptus. It’s very buttery. A bit warm at first but it is smooth and pleasant.

This is a good everyday whiskey you can drink neat or on the rocks. There is a very pleasant mouth feel and warming spices with each sip. It's a little warm but has a smooth, lasting sweetness. There's a great balance between the aged oak and the sweet fruits. My only complaint is it's hard to do a light pour from the bottle without a dribble down the side, but it is a very nice bottle and one that has drawn the envious eyes of my friends. I highly recommend this whiskey if you haven't tried it. But it might be a little hard to swallow the price.