Editor’s Note: This whiskey was provided to us as a review sample by Hard Truth Distilling Co.. This in no way, per our editorial policies, influenced the final outcome of this review. It should also be noted that by clicking the buy link towards the bottom of this review our site receives a small referral payment which helps to support, but not influence, our editorial and other costs.

There is an Irish whiskey out of Indiana? Yes! While the spirit is imported directly from Ireland, Hard Truth Distilling Co. proofs and bottles it on their 325-acre site. The whiskey bears the name McCabe in honor of Hard Truth’s Co-Founder and Executive Chairman Jeff McCabe’s ancestors. McCabe’s Irish Whiskey is the first of its kind released in Indiana.

Clan McCabe has lineage dating back to the year 1350. The McCabes were Gallowglass, or Celtic mercenaries. Descendants of Vikings, they left the Highlands and Hebrides of Scotland to fight amongst the Irish. They “lived for war.” After battling the English for the Independence of Scotland, the Gallowglass were ready to take on the English invasion of Ireland.

Fast forward a few centuries, Jeff McCabe wanted to have an Irish whiskey that evoked fond memories of the old neighborhood Irish pubs. There are no hard feelings over at Hard Truth Distilling Co. between McCabe and Master Distiller and General Manager, Bryan Smith. That is because the goal is to have top notch products in the distillery’s portfolio. Adding the Irish whiskey created a “unique experience” for Smith since “the flavors were set in Ireland long before its arrival.” 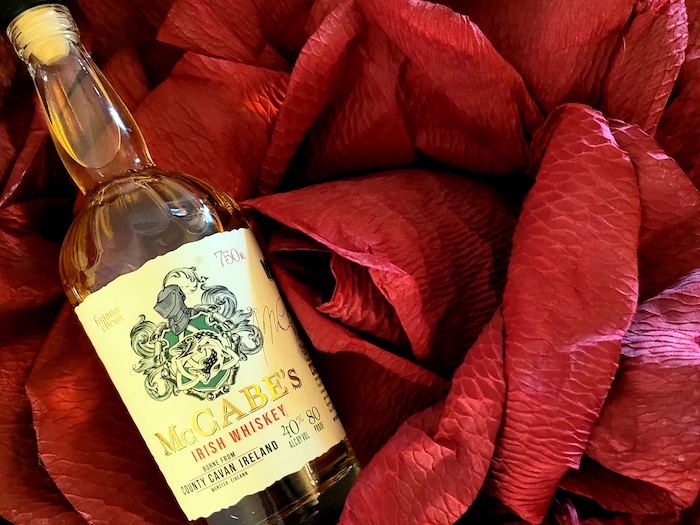 Nose: The aroma is light, so you must dig deep to distinguish the notes in between. Barley fills the nostrils in abundance. Burnt, or charred, orange peel follows behind the barley. The dram then moves into a grassy and herbaceous realm. Near the end, rose petal jumps out in both fresh and dried variations.

Palate: The mouthfeel is incredibly soft and creamy. Vanilla and mint find their way on the tastebuds through the oak. Even though I find some flavor, the whiskey feels heavily watered down because of the low proof. Caramel waffle cone lends itself to the sweet vanilla found at the beginning of the dram. Lastly, the rose petal from the nose comes through in the aftertaste with damp wood.

Although McCabe's Irish Whiskey is basically water to me, I really enjoyed the mouthfeel. It is nice to step down from high proof whiskey every now and then since you can have an extra dram. The caramel waffle cone was a pleasant surprise on the palate. As for the price point, you cannot go wrong if you just want to try it. McCabe's Irish Whiskey definitely stands out on its own compared to other Irish whiskies on the market, so give it a whirl.