Indiana’s Hard Truth Distilling Has Its Own New Irish Whiskey

The McCabe name comes from Co-Founder and Executive Chairman for Hard Truth, Jeff McCabe, whose family lineage comes from the clan McCabe that dates back to the year 1350. The McCabes established themselves as a powerful Irish dynasty. 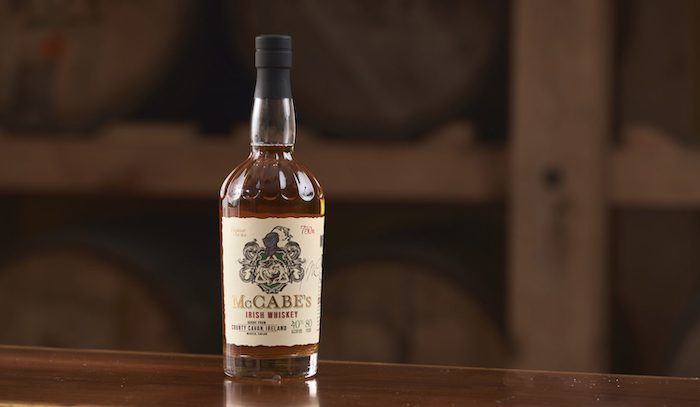 “I grew up with wonderful stories about the McCabes,” said McCabe in a prepared statement, “including my great grandfather’s journey from Ireland to the United States and the new life he started in Dekalb County, Illinois. My grandmother often told me about the exploits of my grandfather Leo and his brothers, who were first-generation Irish Americans. They knew how to work hard, play hard and live life with gusto.

“There is a special place in my heart for the old neighborhood Irish bars where my father and his kin would shoot pool, share stories and enjoy a pint and a shot or two of Irish Whiskey. That’s what being a McCabe means to me. It evokes a warm feeling, a cherished memory and a joy for living, and that is what I hope people who try McCabe’s Irish Whiskey will experience.”

“As master distiller,” added Bryan Smith, Master Distiller and General Manager at Hard Truth, “maintaining the highest quality standards in practice and the final product is top of mind every day, all day. Adding  his very special Irish Whiskey into the Hard Truth portfolio of spirts was a unique experience for us as the flavors were set in Ireland long before its arrival.

“This whiskey stands out among its peers and was clearly favored during our review process with unique notes of toasted nuts, honey and sweet malted grain. It is a fine addition to our ever- growing family of spirits at Hard Truth Distilling Co.”

McCabe’s Irish Whiskey has official tasting notes that indicate “a pale gold appearance with a nose full of cereal grain, dried fruit and honey. The taste is full of toasted grain and malt with hints of pear and caramel, followed by a light finish with notes of dried fruit and spice.”

The whiskey is bottled at 40% ABV, and is available in 750 ml bottles for $30 throughout Indiana.