Editor’s Note: This whiskey was provided to us as a review sample by Finger Lakes Distilling. This in no way, per our editorial policies, influenced the final outcome of this review.

Finger Lakes Distilling (FLD), billed as “Producers and Purveyors of McKenzie Whiskey,” is based in a notably tiny (1 square mile, to be exact) village in the Finger Lakes-region of upstate New York. FLD – which promotes its focus on local grains and produce as a New York State Farm Distillery, and eschewing extracts or synthetics in its production process  – recently celebrated its 10th anniversary.

At a celebratory event tied to that anniversary this past September, it released a preliminary, limited batch of its first single malt. This expression was produced within a month of FLD’s still kicking into action, and has been resting ever since, until bottlings last year after maturing for just over a decade.

As previously reported by The Whiskey Wash, the initial release was limited to 350 bottles at the distillery, with further distribution expected at some point. In an email conversation with distillery founder Brian McKenzie at the time we learned a number of interesting things about this release:

And now, we dive in. 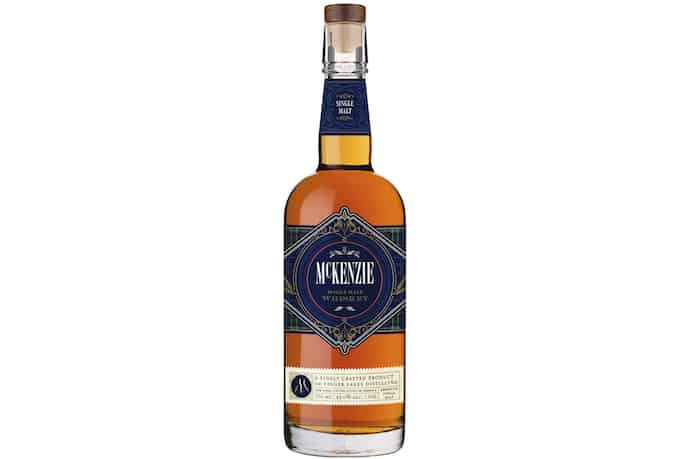 Vital Stats: Made from 100% malted barley (75% of which was New York-grown, and some of which is peated from Scotland); aged 10.5 years in formerly bourbon and sherry casks; fermented and distilled on-grain; bottled at 43% ABV. $150 per 750 ml.

Palate: The aromas really come through on the palate as well. Heavy sherry notes and oak, with toasty char on the end.

Being familiar with the Finger Lakes region, this is a bit reminiscent of the terroir that comes through in wineries from the same area. It's an interesting and unique expression that dips its does into different profiles -- a bit sherry, a bit bourbon, a bit American whiskey, a bit Scotch. Each sip reveals subtly different nuances, so it's worth continuing to explore.