Editor’s Note: This whiskey was provided to us as a review sample by Chattanooga Whiskey. This in no way, per our editorial policies, influenced the final outcome of this review. It should also be noted that by clicking the buy link towards the bottom of this review our site receives a small referral payment which helps to support, but not influence, our editorial and other costs.

The Chattanooga Whiskey brand brings whiskey back to the people. Founded in 2011, it was the first distillery in Chattanooga in over a century. Founder Tim Piersant, among others, worked tirelessly to get laws changed in favor of whiskey distillation in Hamilton County.

Many whiskey lovers know about the Kentucky Bourbon Trail but Chattanooga Whiskey’s Experimental Distillery is part of the Tennessee Whiskey Trail. After 100 years of prohibition, this distillery is where the company started handcrafted whiskey production. Guests can enjoy a fully operational whiskey distillery. There are over 100 barrels maturing in the cellar. Chattanooga Whiskey Experimental Distillery also offers a cocktail lounge if people are not into the guided tour and tasting.

The whiskey I’m reviewing here, Chattanooga Whiskey 99 Rye, is a rye malt style that’s been bottled at 99 proof and made from a four grain mash bill that includes a blend of slow toasted and drum roasted rye malt. It was aged for over 3 years. 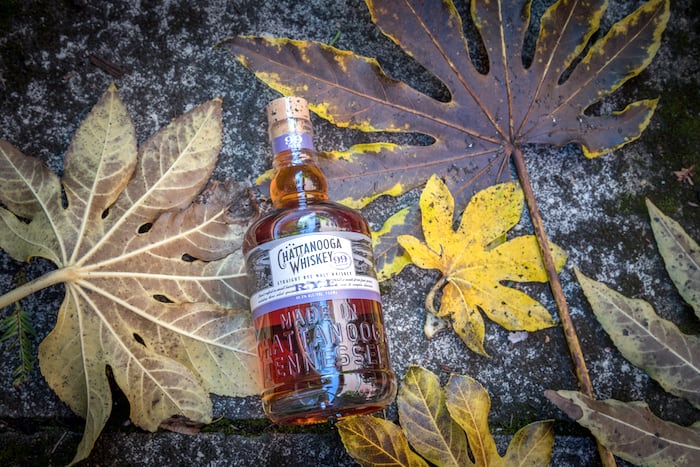 Nose: Chattanooga Whiskey 99 Rye has strong scents of fruit and candy. It is very fruity with a candy sweetness aroma. I detect notes of dragonfruit, fresh oak, syrup, vanilla, and licorice.

Palate: Corn, caramel, maple syrup, and stone fruit seeds. There’s a clean, crisp taste. The fruit and heat are nicely balanced. There’s a little burn at the finish, but it is not unpleasant. A light mouthfeel and doesn’t linger long on the tongue.

Chattanooga Whiskey 99 Rye is light, spicy, sweet, and fruity. The flavors are not overwhelming including the heat. It's malty, tangy, and sweet. It can be enjoyed on its own or in a cocktail.

This rye malt will not be released nationwide but if you can find it in select states, it's a good buy at about $40 a bottle. The bottle shape reminds me of those old bootleg bottles. Well before my time, but I've seen that bottle shape in books, museums, and antique collections.