Booker’s Bourbon isn’t known for their subtlety – and they like it that way. This label within Jim Beam takes pride in its uncut, unfiltered, cask strength bourbon.

The brand gets its name from its founder Booker Noe, sixth generation master distiller of Jim Beam distillery, and grandson of Jim Beam himself. Booker coined the term “small batch” in bourbon, and subsequently made everything in the Booker’s line in that style.

Small batch bourbons are the result of a limited number of barrels being used for the final expression, as opposed to blends of many barrels. There’s no legal requirement or even specific definition of how many barrels can go into a small batch, but it usually comes in between 10 and 50.

Booker’s likes to be as detailed as possible when it releases an expression. They have an age statement down to the day, and can give precise percentages of how much juice came from specific areas of the rickhouses (Booker’s products are generally aged centrally within the rickhouse – what they consider the “sweet spot”).

Today, Booker’s son Freddie Noe has the reins of the distillery. He was given one request from his father upon taking the position: “Fred, make sure they don’t mess with my Booker’s.” I think it’s safe to say that Freddie has taken good care of his father’s legacy.

This expression pays tribute to a special Beam employee and friend of Booker’s – Mike Donohoe. Donohoe worked in the sales department of Jim Beam, and became friends with Booker in the process. It was Mike who suggested the original bottling of Booker’s (as Christmas gifts), leading to the production of the brand.

We can all give a thank you to Mike – Booker’s makes an exceptional and well-respected product year after year, and the small batch distinction has secured a place in the bourbon industry (and particularly its marketing). Lifting a glass of Booker’s “Donohoe’s Batch” to Mike seems a small tribute, but a fitting one. 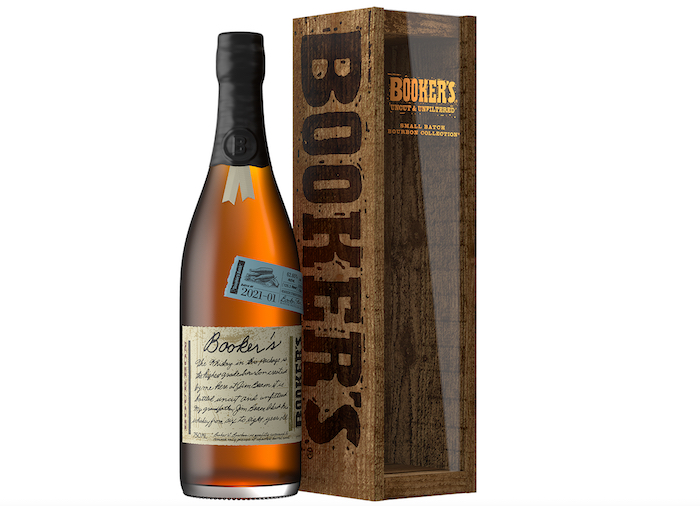 Nose: Cruciferous vegetables lead into a deep oakiness, with a little vanilla bean on the end

Palate: Thick and warm, this pour needs a few drops of water to really pull the flavors out. Sweet whipped cream tones way down quickly into bitter almonds and a tannic oak note at the end.

This is absolutely a sipper to take some time with. Not simply because of the heat from the high ABV, but also because this is a pour that gets better the longer you drink it. The oak comes across a bit harsh in the first few sips, but time and water do wonders for it. I wouldn’t exactly say that this is a bourbon for everyone, but for a niche bourbon following, it's a great addition to the Booker’s line.