Editor’s Note: This whiskey was provided to us as a review sample by ASM Whiskey. This in no way, per our editorial policies, influenced the final outcome of this review. It should also be noted that by clicking the buy link towards the bottom of this review our site receives a small referral payment which helps to support, but not influence, our editorial and other costs.

“We are not looking to fabricate yet another heritage story or a woodsman’s journey to discover themselves.” Those are the words of ASM founder Luke Raymond. Right off the bat, this whiskey is speaking my language. I’m sure we’ve all rolled our eyes at marketing stories that are so steeped in “history” for a sourced whiskey or with a painstaking description of “revolutionary” techniques when the ingredients are standard and the cuts are subpar.

ASM American Single Malt Whiskey is a pitch into a market that is actively growing. It’s funded by venture capitalists. You can guess this the moment you lay eyes on a bottle: the branding is slick, contemporary, simple.

This is a sourced spirit, pot distilled, aged at least three years and finished in sherry casks. ASM are not just bottlers, but finishers first.

They are straightforward. To a point.

What they mean to set themselves apart is A) a lower price point, and B) a proprietary process that maintains control of the conditions inside the sherry cask and also somehow “monitor[s] the toast and char.” I have a further cost-cutting measure for them, because in my experience, the toast AND the char tend to remain the same in a given barrel once the heat is off. Unless what they have actually is game-changing.

The Oracles Capital website tells you nearly nothing, and I could swear they’ve scrubbed every mention of their other work from the Internet (or maybe none exists. Benefit of the doubt evidently given). This much is disclosed: they hale from Florida and exist to foster alcohol brands. ASM is their first spirit.

It feels like a ghost whiskey. Someone (Raymond, ostensibly) cares a lot about it, but they’re not willing to have any presence. I don’t want a manufactured tale, but the blankness of this slate is unnerving.

In the end, though, if I saw this whiskey on a friend’s shelf and tried a nip, I wouldn’t know about this curated mystery and wouldn’t be distressed. Let’s see what happens with the liquid. 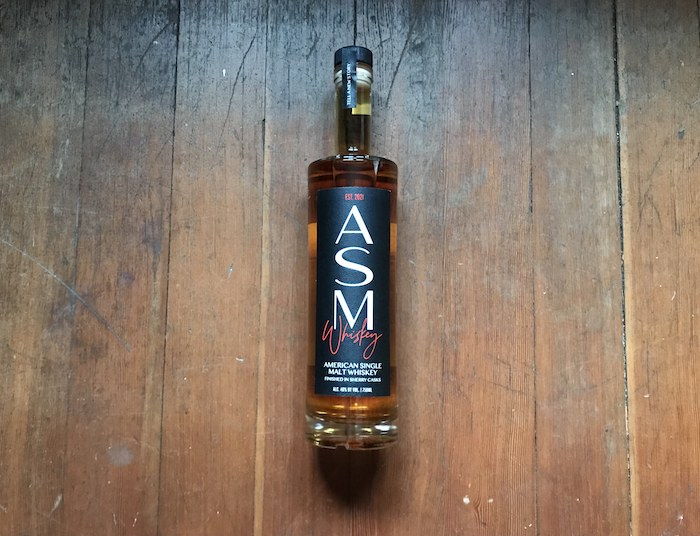 Vital Stats: ASM American Single Malt Whiskey is made from 100% malted barley, aged at least three years and finished in sherry casks. Find a 750mL for $61.99 in New York and New Jersey, with national availability to follow soon.

Appearance: This liquid is a clear, pale gold with fine particulates.

Nose: Cereal sweetness wafts up from the glass, taking shape as white flowers, overripe pear, and straw. The inner coil of a cinnamon roll comes through. Book glue lingers in the background.

Palate: The attack is simple-syrup sweet, stretching to a mid-palate of, well, malt: toast with a few spots of burn. This whiskey is uncomplicated and clean, finishing with ripe peach.

Final thoughts: I'm not really sure how this bottle ended up in front of me, but it's OK that that it is. The whiskey is decent. Given the variation in American single malt, I'll take it. Secrets and all.