The new bottling is a 100% pot-distilled whiskey, aged for a minimum of three years and finished in a sherry cask. The brand said it maintains control over the conditions within the oak of the sherry cask through careful selection and monitoring of the toast and char of the wood. It is believed by them this attention to detail during secondary finishing minimizes harshness and smooths out the liquid, adding complexity with nuanced, yet distinctive notes.

“With the growing popularity of American single malt whiskeys, we set out to craft what we consider to be the best on the market,” Founder of ASM Luke Raymond said in a prepared statement. “Our goal with ASM is to leverage the consumer’s desire for high-end premium spirits with an approachable price point. We are not looking to fabricate yet another heritage story or a woodsman’s journey to discover themselves. We set out to tell a new story, one that begins and ends with the consumer. At ASM, we give it to you straight.” 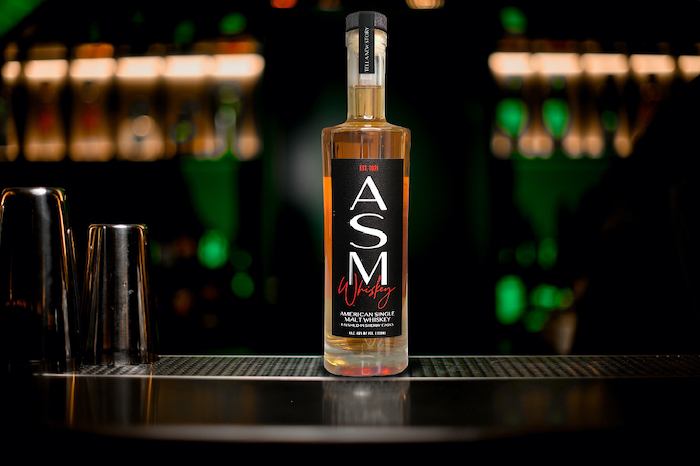 Official tasting notes include pecan, red apple, and honeysuckle on the aroma, dried fig, ripe red fruit, and candied date in the midrange, with dry sherry and a balanced, Islay-style smoke on the finish.
Oracles Capital owns and operates what’s described as a diverse portfolio of wine and spirits brands, as well as affiliated importation and distribution assets. The Oracles team is made up of industry veterans with expertise across branding, design, marketing, eCommerce, consumer targeting and data collection and activation.
ASM is available for purchase for a suggested retail price of $61.99 in select liquor stores in New York and New Jersey and will be followed by a national rollout.
Read More Whiskey News
Whiskey Review: Middle West Spirits Straight Rye
←Previous post Next post→