What Is Blended Whiskey?

Get down on your hands and knees in the whiskey section at any liquor store, and you’re likely to be eye-level with jug after plastic jug labeled with variations on the phrase “blended whiskey.” We all know what the stuff on that bottom shelf is for—namely, not sipping and savoring, but drowning your woes and damaging your liver—but what exactly does the “blended” designation mean? How different is it from the bottles a few shelves up?

Our friends at the TTB define blended whiskey as follows:

“Whisky produced by blending not less than 20% on a proof gallon basis (excluding alcohol derived from added harmless coloring, flavoring or blending materials*) straight whisky or a blend of straight whiskies and, separately or in combination, whisky of any type or neutral spirits”

So, in short, a blended whiskey consists of at least 20% straight whiskey, and up to 80% neutral grain spirits or other whiskey. For clarification, a “straight” whiskey is one made just with grain, water, and yeast—no additives—and aged at least two years. Neutral spirits, in turn, are defined as booze distilled from any source (that’s right—not just grain) to at least 95% alcohol, although it can then be cut as low as 40% alcohol, if bottled for the consumer market. Interestingly, vodka is defined simply as filtered neutral spirits. 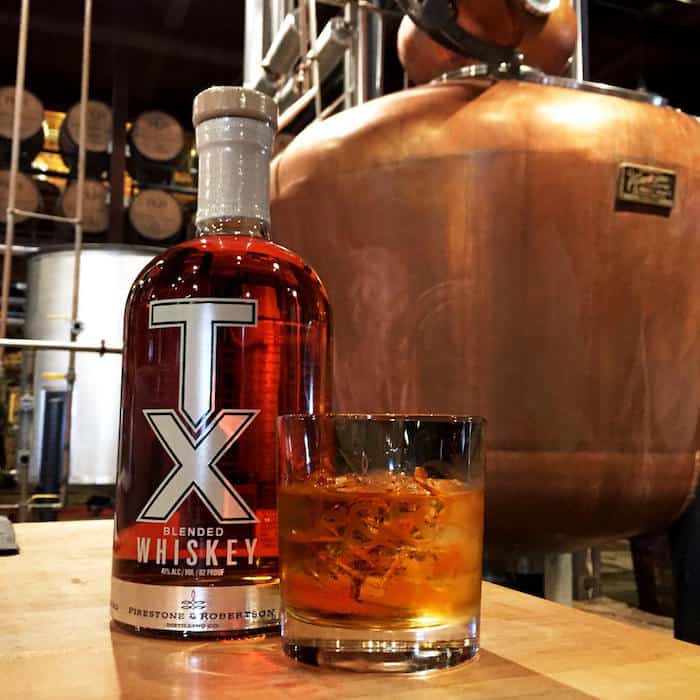 In other words, blended whiskey is quite a broad category. Not all of it is plastic-jug swill: the labeling can also simply indicate a bottle that contains more than one style of whiskey. It’s fairly common, for example, for young craft distilleries to sell blends of sourced whiskey while they wait for their own distillate to finish aging. I tasted one perfectly serviceable craft blend, Big Bottom’s Barlow Trail American Blended Whiskey, not long ago.

One last thing to keep in mind is that the American “blended” labeling is different from “blended Scotch.” While U.S. law does give a definition for blended Scotch, it’s a separate category from the various blended American whiskey styles. It’s also basically a hands-off definition that leaves specifics to U.K. regulators, saying only that it’s a mixture of whiskeys “produced in Scotland in compliance with the laws of the United Kingdom.” Since British law prohibits adding anything other than caramel coloring to Scotch, you can rest easy knowing that you won’t find blended scotch that’s 80% neutral spirits. Similar rules hold true for blended Irish and Canadian whiskey—you have to refer to the laws of those countries to know exactly what’s in whiskey made there.