Flavorings in Whiskey: More Common Than You Think

In the United States, whiskey and other spirits are governed by stringent labeling regulations. In many cases, if you know a few basic rules, it’s easy to tell exactly what you’re getting when you pick up a bottle. Anything labeled “straight whiskey,” for instance, was made with exactly three ingredients: grain, yeast, and water.

However, for other designations, regulations are more complicated, and often permit the use of a number of different color and flavor additives. The Alcohol and Tobacco Tax and Trade Bureau (TTB), which regulates the labeling of alcoholic beverages, divides their approved list of additives into two categories: so-called “harmless coloring/flavoring/blending materials” (clunkily abbreviated HCFBMs) and everything else. 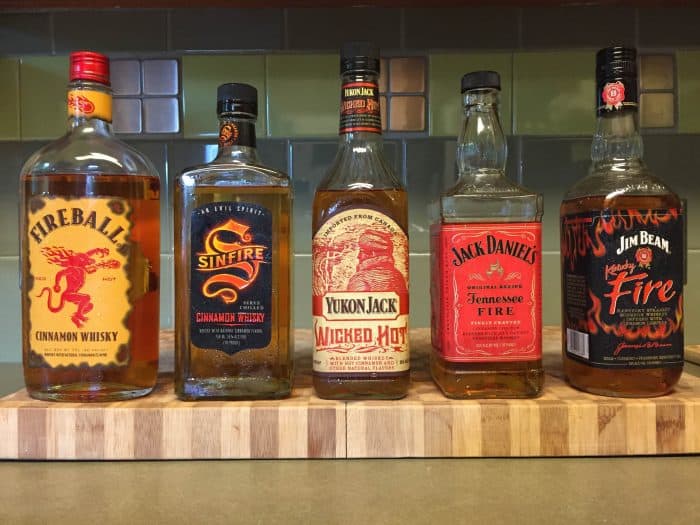 When we talk about non-“harmless” additives in whiskey, we’re talking about flavored whiskey, a category that spans everything from Knob Creek Smoked Maple to Jim Beam Red Stag, to everybody’s favorite, Fireball Cinnamon Whiskey.

The “harmless” category is trickier. Those additives are only allowed if they are either an essential component of a beverage (for example, liqueurs, by definition, are flavored) or are “customarily” used in the category of spirit in question, as long as they don’t make up more than 2.5% of the final product. Blended whiskey, for example, is considered by the TTB to customarily contain small amounts of flavoring and caramel color.

The HCFBM category is quite limited—when it comes to coloring agents, caramel is the only permitted additive—because it exists to allow limited use of additives without affecting the spirit’s classification. In short, distillers can call a product “blended whiskey,” for example, or even “rye whiskey,” without specifically disclosing that it contains caramel coloring. Just how the TTB defines “customary” isn’t clear, and this particular rule has led to controversy in the past—among Templeton Rye’s series of public relations gaffes was a failure to disclose that their product is flavored, under the TTB’s HCFBM allowance.

That allowance is only granted, however, for certain spirits. When it comes to whiskey, HCFBMs are allowed in anything labeled “blended whiskey” or simply “whiskey”; bourbon and any American whiskey labeled “straight” are all additive-free. Imported whiskeys are another story, since they’re (obviously) regulated by their country of origin.

311
Shares
2.3k
Views
Share on FacebookShare on TwitterGet Our Newsletter
Cheers to the Dads! Personalize a bottle of his favorite whiskey to create a modern gift for the modern man. Use code: FATHERSDAY20 for $20 off your next order of $100 or more at ReserveBar