Trying Whiskey For The First Time

Despite my family being Irish, there was never really any whisky around the house. I distinctly remember my Nan always having a bottle of Martini Extra Dry in the cabinet, which was only to be enjoyed with a single cube of ice; Grandad was a sucker for a glass of brandy and he passed that habit onto my mother, so how did I end up going down the whisky wormhole? I’ve always wondered if it had anything to do with stopping off for lunch at an uncle’s house after a day of roaming the fields of Connemara. I was dying of thirst and he offered me a large glass of lemonade that I couldn’t chug any faster even if I had tried.

Well, that was either a mistake or a blessing in disguise. My darling uncle thought it would be hilarious to trick me into thinking a glass of Poitin was a glass of lemonade! Apparently, it was a rite of passage when any of the little ones would come and visit – ham sandwiches and an unforgettable glass of Irish moonshine. What an introduction! Do you remember your first time? Were you pleasantly surprised when you found out that not all whiskies need to be fiery and sharp; that some can taste of gingerbread, honeydew melon and banoffee ice-cream? Whisky is no longer just a drink for an old man sat by a fire in his velvet slippers, and it seems as though people are starting to warm up to this idea. 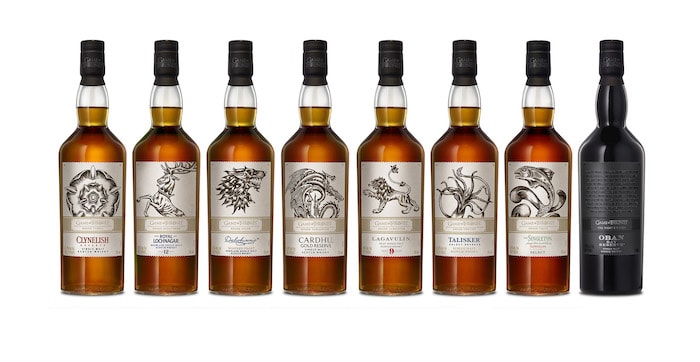 Whether the experience is pleasant or not, there’s definitely something daunting about trying whisky for the first time. Currently, it feels as though there is a movement that is making whisky more approachable to new consumers. When he launched Proper Twelve Whiskey in September of last year, I wonder if Conor McGregor had intended his brand as a collector’s item, or as way to introduce a new drinking experience to his fans. The same goes for Diageo’s collaboration with HBO for the Game of Thrones single malts, where they have paired eight of the houses in the series with some of their famed distilleries such as Clynelish, Royal Lochnagar and Lagavulin. Now first-time consumers have the ability to discover new whiskies due to favouring certain characters or locations of where the series is set.

Whilst I think that it is fantastic that we’re opening up the world of whisky to newer palates, there is a risk of misinformation and lack of education that goes hand in hand with marketing schemes for people who are unaware of what they are buying into. There is a common misconception that, for a whisky to be of any quality, it has to be 12 years or older; blends are terrible, so it has to be a single malt and you must never add ice, or water. You need only look at Japanese whisky companies to see that sometimes simplifying is a great way to go further in your field.

A lot of Japanese distilleries have temporarily discontinued some of their aged whiskies, whilst they try to consolidate stocks. With the recent launches of their Nikka Days and Mars Kasei bottlings, Nikka and Hombo Shuzo have focused on light, floral whiskies with no age statements. This is a great way to get new drinkers on board. Think of the success of a gin and tonic or a Jack and Coke. As we approach those long summer nights where you want a cold and refreshing drink, the last thing on people’s minds is a robust sherry monster! We all know that Japanese whiskies are still ‘the next big thing’ so introducing the idea of a whisky highball is a great way of targeting a new audience of drinkers.

Another classic way of getting into whisky, is by trying out various twists on your favourite drinks – cocktails are a great way of training the palate into enjoying a spirit. You’d be surprised how often I’ve heard people say they don’t like whisky, but they love a whisky sour, or that a mint julep is their go-to drink because it’s classier than a mojito.

Whether you’re a veteran in your barley-based products or a novice to the different flavour profiles that corn, rye and wheat can offer, don’t be afraid to go against the grain – pardon the pun – and experiment with different whiskies. Forget all of the rules. There’s no right way to drink whisky, so long as you’re enjoying it.