The world of Irish whiskey is starting to become crowded somewhat, there is no doubt. The island nation is seeing a record number of brands and distilleries come online, and each has its own story to tell as to how it became to be and what its legacy might be. Perhaps one of the more flamboyant ones of late is Eire Born Spirits and its Proper No. Twelve Irish Whiskey, tied to and owned by MMA fighting legend Conor McGregor.

As this is a whiskey blog and not a MMA fighting blog, I won’t go into a ton of  details here on McGregor’s background. Suffice to say though he is considered one of the biggest names in MMA today, and is also known to a larger audience for his boxing match with Floyd Mayweather sometime back. The whiskey side of things for him has been in development for a few years also, originally operating under the project name “Notorious” before it morphed into what it is today. 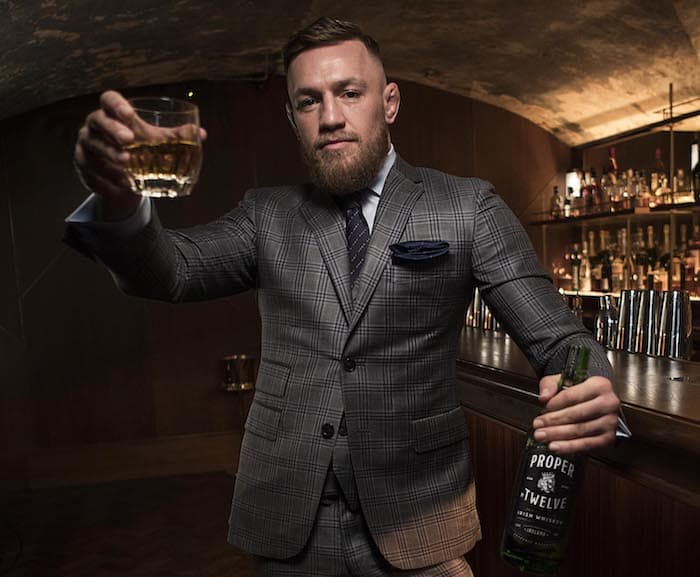 Proper No. Twelve, according to those behind it, is a blend of “the finest golden grain and single malt” whiskeys Ireland has to offer. It’s been triple distilled and aged for an undisclosed amount of time in ex-bourbon barrels before being blended into the final expression by McGregor and master distiller David Elder, formerly of Guinness.

There is something to note in regards to this whiskey’s sourcing. McGregor and Elder are said to have turned to “the world’s oldest distillery, located in Ireland, with a proven history of quality whiskey making.” It is from here they created “close to one hundred blends” before ultimately selecting the one they later bottled. The distillery in question? Bushmills.

“I come from a place called Crumlin, in Dublin 12,” said McGregor in a prepared statement. “It’s a place dear to my heart. It’s where I learned how to fight; it made me who I am today. It’s a place I’m still very much a part of every single day of my life. So, that’s where the name came from. It’s proper Irish whiskey and twelve is my hometown. 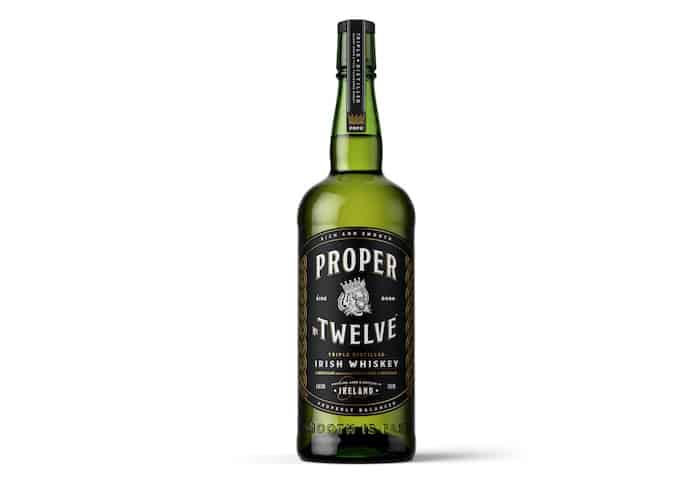 “Growing up on the streets of Dublin 12, I learned the values of loyalty and hard work. I respect other Irish whiskeys, but I am coming in strong, with passion and with purpose. I am the founder of this company and I am going to give it my all.”

Plans call for this whiskey, bottled at 80 proof, to initially be available in Ireland and the United States starting now for between $20 and $30 a bottle. McGregor’s company has committed to donate $5 for every case sold to local first responder organizations/charities, up to $1 million annually. As for tasting notes, very official limited ones suggest it is “complex and sophisticated yet smooth and approachable with hints of vanilla, honey and toasted wood.”

33
Shares
1.1k
Views
Share on FacebookShare on TwitterGet Our Newsletter
Get The Macallan® Rare Cask at ReserveBar. Shop now!