Opinion: ‘Rapid-Aged’ Whiskey Is A Hard ‘No’ For Me

A falsehood embraced by some distillers is the peculiar idea that they can “rapid age” their whiskey using small barrels, oak chunks and/or chips suspended in the maturate, and other secret mechanical processes. Many start with new make that actually is good, but the “aged” product often isn’t. Certainly not as good as whiskey aged in 53-gallon barrels over several years.

My personal objections to rapid-aged whiskeys peaked on a press trip with several reporters some time ago. After we’d tasted several small-barrel-aged whiskeys, I was uncommonly silent. When a colleague asked if I liked any of them, I said I didn’t. At all. She thought my opinion harsh when these distillers “were doing their best just trying to get started. You have to give them time,” she said.

I admired her kindness but said I wasn’t the one being impatient; it was those distillers trying an end-around on aging correctly. Using 5 and 10-gallon barrels gave their whiskeys an unconvincing mahogany color, aromas of pressed flowers and flavors of pencil shavings. None had the complexity or character created by slow and deliberate chemistry changes within the barrel.

Distilling Isn’t for the Underfunded

That’s true, but has the business of modern whiskey making ever been for those with shallow pockets? In order to compete with industry giants who make delicious whiskey, any upstart needs products as least as good as theirs—not just “acceptable” because it’s a craft distillery. That takes serious money and loads of time, things many micro-distillers lack. 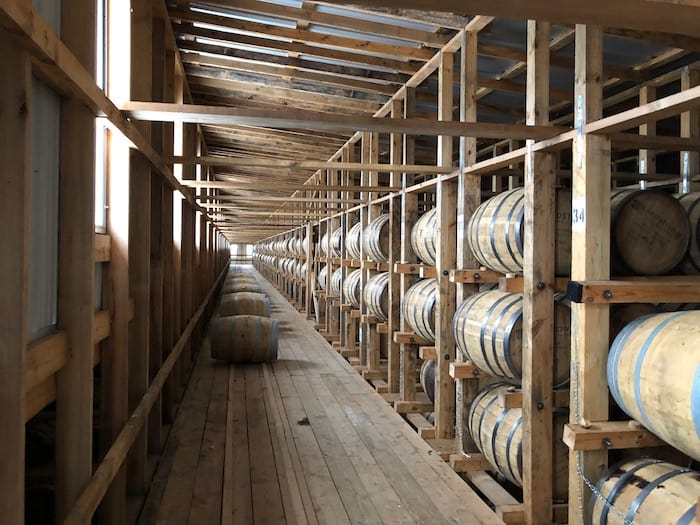 Whiskey aged in 53-gallon barrels over several years is the only way to go. (image copyright The Whiskey Wash)

Opening a distillery isn’t like opening a restaurant, where a great chef can make some of the best meals ever without spending a fortune to open and compete with bigger players. The food may be so good that patrons willingly pay well above chain prices for it.

Yet it’s at that high price point ($50-$90 per bottle) where some boutique distilleries want to enter the market. But without any good, longer-aged whiskey (3-8 years), what drinker wants to spend that much?

There’s hardly a better business case for a well-funded start-up than Kentucky Peerless Distilling (Louisville, Ky). Owner Corky Taylor made a fortune prior to getting into the whiskey business, so his distillery was fully self-funded. He could afford to spend millions converting an historic building into a distillery with the best equipment, a gorgeous visitors center and let the whiskey sit until it was good. KPD’s first release, a 2-year-old rye, was remarkable for its age and praised accordingly in the press. He even had the moxie to place an MSRP of $99 on it—and it sold. (FWIW, Peerless’s 4-year-old bourbon was released last year, and also is delicious.)

Since French Lick Winery (French Lick, Ind.) was already successful, its owners could invest comfortably in a distillery and hire Alan Bishop, a veteran distiller who wanted to make whiskey as it was done a century ago. The distillery, named Spirits of French Lick, has released three whiskeys between 2 and 3 years old, and all are grain-forward soft sippers. A Bottled-In-Bond whiskey will be released this year.

Prices for bottles by all three distilleries range from the $50s to $100, which is well above many large competitors’ costs for same-aged whiskeys. But they’re solid and will only get better, which makes me squawk less about helping widen their narrow margins. While their uniqueness, quality and limited availability has its appeal, you also can’t help but feel good about supporting distilleries that take the time to do it the right way from the start.