Since late March, Kentucky Gov. Andy Beshear has taken to televised updates on the commonwealth’s battle with COVID-19 in the late afternoon. All spring his messages centered on not contracting or spreading the virus. But by mid-June, the speeches gave way to staying safe as the economy reopened businesses. That included bars and restaurants, where seating was limited to 33 percent of capacity. As that scenario progressed well, the governor increased seating maximums to 50 percent.

But like a house party thrown by kids whose parents have left town, the fun that started out manageable soon unraveled. The state’s coronavirus cases didn’t just rise, they spiked. Alarmingly so, especially for a state that had been among the best at keeping a handle on the spread of the disease. 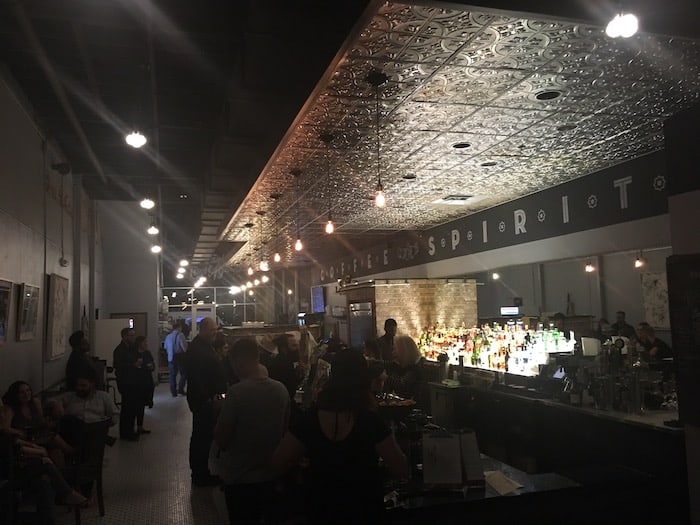 Life in a bar, pre-pandemic (image copyright The Whiskey Wash)

Beshear’s team scrambled to pinpoint probable causes and, as is happening nationwide, people not wearing masks and practicing social distancing got the blame. More messaging to mask up and stay six feet apart followed, but coronavirus cases continued to rise.

So, the Gov.’s team dug deeper for a reason and found circumstances in which the mask-less not only weren’t distancing, people were in each other’s grills, socializing over food and alcoholic beverages at bars. When officials produced social media photos of crowds standing nearly check to jowl outside bars, locals clutched their pearls in wonder of just how cramped and surely virus-sodden things must be inside.

In 2020, anyone with any sense knows that packing the house is reckless. Still, some insist on rolling the dice and betting their immune systems are superior to an invisible microorganism that’s killed more than 150,000 and infected more than 4 million people in the U.S. alone. Pour alcohol on such stupidity and the gambler just gets gutsier.

So, like the father who arrives home earlier than expected to find his children’s party in full swing, Gov. Beshear stepped in and shut it all down. That afternoon’s text from my brother implied what I figured was coming: bars would close on July 28. Restaurants got off with a comparable slap on the wrist: a reduction in capacity from 50 percent to 25 percent, but that’s not much help. Serving only 25 percent of capacity won’t help operators approach breakeven.

Meanwhile, large retailers that host thousands of customers per day remain open, though nearly all are requiring customers wear masks. (That anyone fights this rule confounds me. That such a simple safety measure has become an infringement of someone’s constitutional rights proves the existence of our shameful entitlement culture and an ignorance of the constitution. But that’s beside the point.)

To Gov. Beshear’s defense, some published reports point to bars as super-spreaders of coronavirus and other airborne diseases, which makes sense when crowd control isn’t maintained. But what isn’t fair is the broad handed closure of every bar for what appears to be the sins of a few.

Numerous bar owners interviewed on newscasts I’ve watched said they not only limited capacity to prescribed rates, they sanitized to the point of sterility. Yet no one noticed those cooperating with new regs because no one was checking or posting pics of their compliance on social media. Unlike New York State, which appears to be doing some rigorous inspections of bars operating correctly, Kentucky either lacks the resources to do the same or hasn’t committed to it.

So that’s the short-term situation. The long-term view is gloomy. This increased cycle of closing, reopening at low capacity and re-closing when virus cases spike is an exercise in futility that’s killing restaurants and bars. When smoke from this virus crisis clears in the coming months—and let’s hope it’s that soon—among the dead and dying could be hundreds of thousands of businesses, and bars and restaurants will make a disproportionately large share of the deceased.

The Independent Restaurant Coalition predicted direly in June that of 85 percent of U.S. independent restaurants could close permanently as a result of the COVID-19 crisis. Let that sink in a bit. Eight out of friggin’ 10 non-chain restaurants could die off, and questionable local, state and federal government orders are contributing to those early expirations.

What I want to see in Kentucky is what bar and restaurant owners in many states also want: careful, real-time regulation like that happening in New York. Punish the crime as it happens and where it happens without closing all bars or severely limiting restaurant seating capacity. No one wins when that happens.

Achieving this takes the full cooperation of restaurant and bar owners: most do, though some don’t. I’m sure business owners who never had a crowd control need beforehand are frustrated that they have to now, but what’s the alternative? As some states are proving, compliance is no longer their choice.