Life As A Female Whiskey Ambassador Has Its Challenges

Every whisky event I work, there is at least one bloviating male who explains whisky to me. Every auction, conference, and fundraiser—I stand at my booth, hired to conduct tastings, and educate the consumer on what they’re drinking. This type of man is quick to tell me what he does, but never asks about my job. He assumes he knows more about whisky than I do. Men who do not understand what I do have explained my job to me, scores of times.

This man tells me about his golf trip to Scotland. The best and most expensive whisky he’s ever had–he just can’t remember the name of it. He tells me about this really special, obscure brand I probably haven’t heard – Macallan. He tells me about the Blue Label he had at his brother-in-law’s bachelor party. He talks about what he knows, but God forbid he listens to the woman paid to be there to talk about whisky.

They always tell me whatever I’m pouring is “peaty” and they’re always wrong. That’s my personal favorite, a classic. (I want to say, Peaty? Weird. Because there is no peat used to dry the malt, and it’s not occurring in the soil or water, and it’s not in the wood. But you taste peat? Far out, bro.) He tells me he “doesn’t like scotch, just whisky” –that doesn’t even make sense, but I just smile and nod. This is part of the job. People get a little sauced and start talking nonsense, it’s cool. I don’t care if they correctly identify peat. (I care hard, but the last thing I want to do is embarrass someone who is already embarrassing themselves.) I’m just happy to get people excited about whisky. I never correct anyone when I’m representing a brand. It’s impolite. Mispronounce anything you want, interrupt me all you like, I just hope you like the whisky.

Being the link that guides you to your favorite whisky is my vocation. What bothers me is when it’s assumed what I am saying about whisky is not important, because I’m wearing a skirt. It happens at every event. 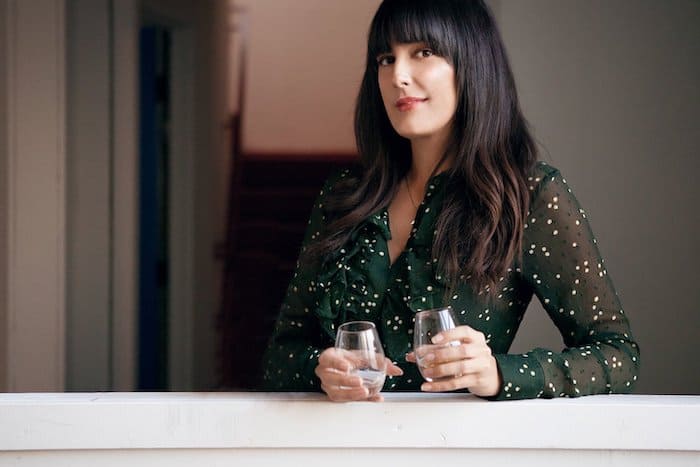 Women field questions about what it’s like to work in the whisky industry as a woman all the time. It’s a real bore of a question. Whisky is apprehended as cartoonishly masculine. I can’t even count the number of times someone has said “There probably aren’t a lot of women in your field.” This is not only false, but tired. Any faithful reader of The Whiskey Wash doesn’t need a lecture on the monumental role women have in whiskey, both classically and contemporarily.

Monique Huston was my first introduction to scotch, next to my father’s occasional pre-dinner Glemorangie. Monique is the National Spirit Director of The Winebow Group. Amongst her many whiskey talents, she famously curated one of the most impressive scotch selections in the country. (The Dundee Dell, the heart of the Heartland, in Omaha, NE, our hometown.) I asked Monique about some of the baloney she’s heard from men, when her whisky personage was unknown to them. She says:

Most often in 11 years behind that bar, I was met with things like –“Well, you don’t drink whisky, so can you point me to a man/male/owner/bartender who does?”

Or upon receiving a requested recommendation on a dram from me –“You haven’t tasted this/you don’t drink this, do you? You don’t enjoy this stuff?”

I was also actually given the same (still almost more sexist) treatment from women, sipping Riesling while their partner geeked out with me about scotch, “Honey, there’s no way that she drinks/likes/enjoys/chooses this – find a man to ask.”

The fact that Monique Huston has had these experiences tickles me. I have seen men form a line to hear her thoughts, press her for her valued opinions, and ask what they could do better to make an event more to her liking. This brings me to my most salient point. I have absolutely had my experience shirked and my opinions flatly ignored—but NEVER from men who work in whisky. Only from men outside of whisky. Within the whisky industry, I have only encountered the utmost respect and camaraderie from men.

My first big whiskey event was Whiskey Live in Los Angeles. I was with The Glenlivet and Aberlour. I was nervous to speak to so many people at once, but also very excited. At the event, two men, roughly my age, came up to the booth and pointed to The Glenlivet 21. I poured them a dram, and as they sipped, they asked me about the Founder’s Reserve. The Founder’s Reserve was our newest expression, and so I’d spent a long time studying and taking notes. By rote, I told them what the product was, what its notes are, and why it was created. They point blank told me I was wrong. They looked at each other and shook their heads.

Perhaps it was because I said that specific whisky was designed for mixing, and some people have been taught that mixing scotch is degenerate behavior. They then motioned over Rick Edwards, our Brand Ambassador. Mr. Edwards is handsome and exquisitely dressed, usually seen with a full beard and a kilt. He accrues the respect a man of his stature would do. I’ll never forget what these guys said to him.“Hey man! Glad you’re here! You need to help her out, she doesn’t know what she’s doing!”

They were laughing, as they pretty much told this guy, a stranger, that his co-worker was bunk. They asked Rick about the Founder’s Reserve. Rick smiled and smoothly said, “I’m going to let Kat answer that!” I repeated, word for word, what I had just JUST literally LIT-RULLY told them. When I finished, Rick shouted and clapped me on the back, “Kat! Bravo! Perfect! Couldn’t have said it better myself!” then he sauntered away.

I could barely stop myself from sticking my tongue out at those two bewildered idiots.

In that moment, I needed confirmation from an authority, and that’s what I was granted. Rick Edwards could have just answered the question, but he used his voice to give me a platform. Martin Daraz (Google him!) creates avenues to elevate women. He really goes to bat for us. These gentlemen are responsible for getting me my first jobs. They took a chance on an unknown kid who was tenaciously passionate about whisky.

So ladies, get into whiskey. Don’t be intimidated. Join the club. We need your keen palates. You will be warmly welcomed by a gaggle of the most brilliant and extraordinary people you will ever meet.

4.8k
Shares
8.6k
Views
Share on FacebookShare on TwitterGet Our Newsletter
Cheers to the Dads! Personalize a bottle of his favorite whiskey to create a modern gift for the modern man. Use code: FATHERSDAY20 for $20 off your next order of $100 or more at ReserveBar