Fever-Tree recently launched its new Distillers Cola, an expression designed for mixing with rum and whiskies.

With what’s described as a rich, rounded and balanced taste of citrus upfront and complex spice to finish according to official tasting notes, Fever-Tree Distillers Cola is a unique recipe of naturally sourced ingredients, including:

The bottling contains no high fructose corn syrup, artificial sweeteners, colors or GMO ingredients, and has earned Double Gold at the 2021 New York International Spirits Competition and Gold at the 2021 SIP Awards. 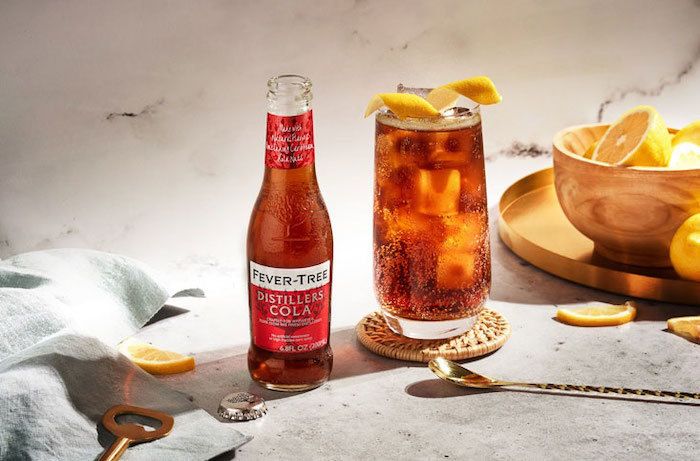 “In the same way Fever-Tree has revolutionized the Gin & Tonic, Moscow Mule, and most recently, tequila drinks such as the Paloma, we have created Fever-Tree Distillers Cola with the same devotion to quality as the most acclaimed distillers,” Fever-Tree North America CEO Charles Gibb said in a prepared statement. “It is one that will do justice to the premium whiskeys and rums it has been designed to pair with.”

The new expression is available nationwide at bars, restaurants and hotels, as well as through spirits retailers (MSRP: $4.99/6.8 fl. oz. 4-pack).