There’s a certain romanticism around Prohibition: bootleggers. Speakeasies. Tommy guns hidden in violin cases. But for parched would-be revelers, black-market booze wasn’t the only option. If you had the money, you could get whiskey from your doctor.

The use of alcohol as medicine has a long history. In the 13th century, the Franciscan friar and philosopher Roger Bacon wrote that wine aided digestion and “cheer[ed] the heart,” (no argument there) among other benefits. Later on, spirits were often used to help patients drink medicinal herbs that would otherwise be unpalatable. Absinthe and gin both have origins as medicinal concoctions; many cocktails were also originally formulated as a way of rendering ingredients like quinine and cinchona more palatable.

By the early 20th century, the use of alcohol in patent medicines was widespread; much like opium and cocaine, which were also popular ingredients in cure-alls, it’s easy to see how its intoxicating effects would help dull the pain of any ailment or non-ailment a patient might complain of. Yet in 1917, the American Medical Association issued a resolution stating that alcohol itself was of no medicinal value. 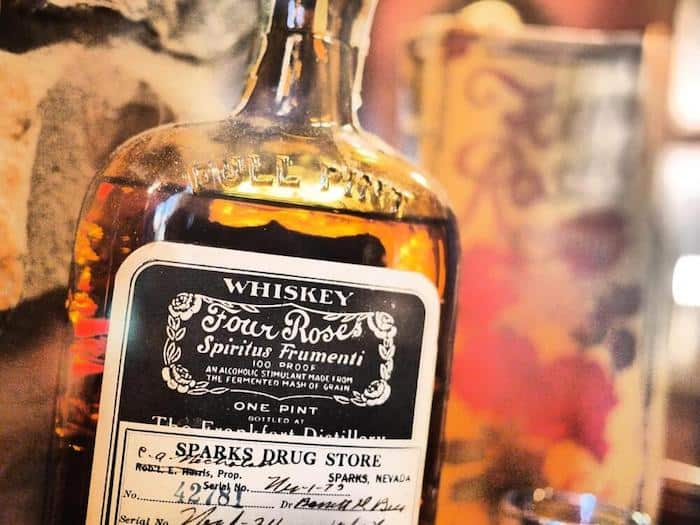 Nonetheless, the National Prohibition Act of 1919 carved out an exemption for doctors wishing to prescribe alcohol to patients, alongside the one made for sacramental wine. The AMA, in a reversal of their pre-Prohibition stance, opposed efforts to end the practice, claiming alcohol could be used to treat 27 different ailments, including asthma and cancer. Of course, the reality was that writing alcohol prescriptions was simply a good way for doctors and pharmacists to make a few extra bucks.

Thirsty patients looking for a fix would go to a doctor and obtain a Treasury Department-issued certificate—you can still find these online today—specifying the type and quantity of liquor. Most people were given a pint every ten days, which was the maximum amount the law allowed. And medical booze wasn’t cheap: it cost around $3 to get the prescription and another $3 to have it filled, which works out to around $80 total when adjusted for inflation.

So, what exactly were people drinking? For the most part, in terms of brand names, nothing the average whiskey drinker would recognize today, simply because Prohibition put the vast majority of the then-thousands of American distilleries out of business. The LA Whiskey Society did a tasting of some Prohibition-era whiskeys, and found many were good or even great, if very different from what we drink today.