The Mikuni Japanese Blended Whisky Comes To The United States

The Mikuni is a blend of malt whisky, grain whisky, and fresh mountain water drawn from over 820 feet underground. It is then filtered through volcanic rock and blended by Master Blender Kenji Wantanabe before being aged three years in bourbon barrels. The distillery behind it is located in Yamanashi Prefecture at the foot of Japan’s Southern Alps. 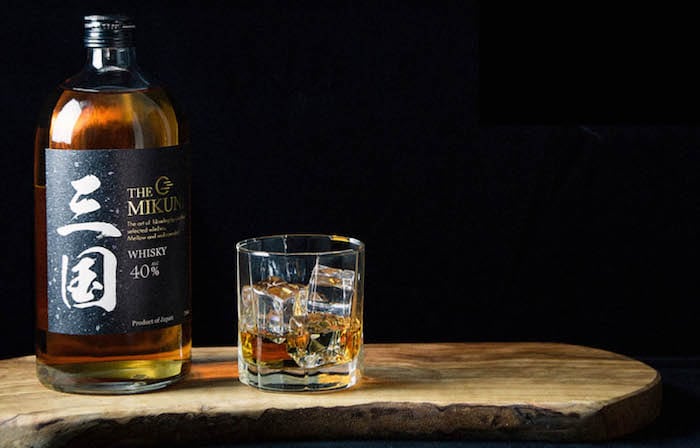 The Mikuni (image via Suzuki-Marketing)

“We could see that Japanese whisky is very well-received in the U.S., but that a lot of people are intimidated by the prices,” Jimmy Sai, Mikuni’s president, said in a prepared statement. “Our goal was to create a whisky that reflects Japan’s whisky heritage, but that was also affordable to people trying Japanese whisky for the first time. And, of course, it had to taste really good.”

“We were visiting a wine store in Wakayama and had just finished dinner with our colleagues,” added Richard Bischoff, Suzuki-Marketing’s vice president, “when somebody poured me a glass of 12-year-old Japanese whisky. Like many Americans, my first reaction was ‘Japan makes whisky?’ After my first sip, my second reaction was, ‘where have you been all my life?’ So, when Quinton Jay, at Bacchus Wine & Spirits, introduced us to Jimmy, we became very excited about this opportunity to bring this whisky to the U.S.”

Official tasting notes for this whisky from the brand indicate that “the Mikuni is a clear, amber whisky, with aromas of smoke, spices, pear and dried fruit. Upon tasting, there’s a little bite on the first sip, but then flavors open up and create a smooth, pleasant taste of honey, vanilla, brown spices and dried figs. It finishes nicely with a hint of white oak and a spreading sweetness.

“This is a versatile whisky that can be enjoyed on its own, in a traditional Japanese highball, or in the cocktail of your choice.”