Suntory To Release Two Limited Edition Japanese Whiskies In May

On May 25th, Suntory Whisky will make available two limited release whiskies: Hibiki Blossom Harmony 2021 and Yamazaki Single Malt Whisky Limited Edition 2021. Both are variations on two whiskies in Suntory’s regular range, with each meant to be given as a gift to a fellow whisky lover.

The 43% ABV Blossom Harmony release blends Suntory’s Hibiki whisky with whisky that has been finished in barrels made from sakura trees, or Japanese cherry blossom trees. According to the press statement about this limited release, this would be the first Suntory whisky to be aged in sakura barrels. Each bottle comes packaged in a gift box, decorated with a modern cherry blossom design. 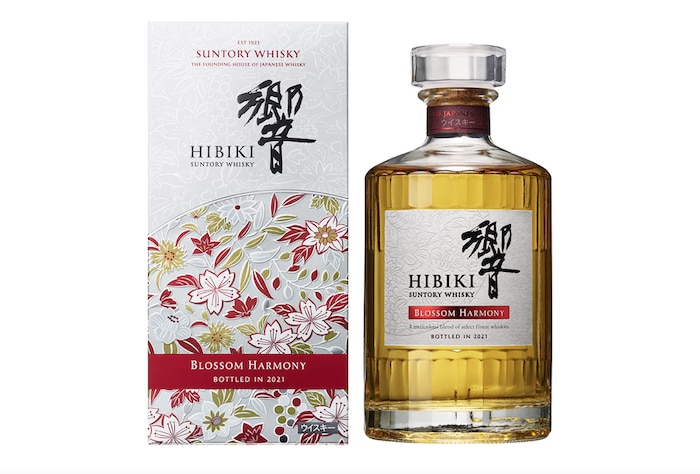 Suntory’s Hibiki is one of the distiller’s most cherished whiskies, made using techniques established by their founder and master blender Shinjiro Torii. It was originally released in 1989 to commemorate the company’s 90th birthday.

The Yamazaki Single Malt Whisky Limited Edition 2021 release is a 43% ABV blend of whiskies, distilled at Yamazaki, the first and oldest whisky distillery in Japan, and aged in new barrels made from Mizunara oak trees. Suntory will be packaging each bottle in a box featuring an image of the distiller, which has been in operation in Osaka since 1923.

Official tasting notes for the Yamazaki are as follows:

Hibiki Blossom Harmony 2021 and Yamazaki Limited Edition 2021 are being made in limited numbers and will be available all over Japan on May 25th. Each release has an RSP of 8,000 yen, or about $77 USD. There was no immediate word on plans for these expressions to be released outside of their national market.