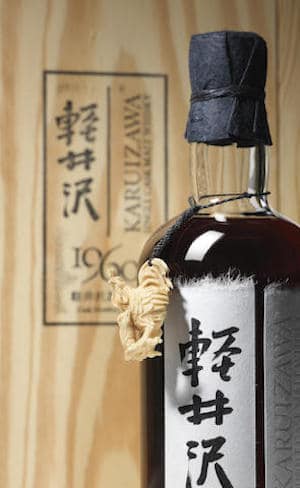 The emerging Japanese whisky world was rocked late last week when two world records were set at an auction in Hong Kong put on by Bonhams. The whiskies setting the records – one a Karuizawa 1960 52 year old-bottling known as The Cockerel and the other a set of the legendary Hanyu Ichiro’s Full Cards Series – fetched a total of over $600,000 USD. The even more crazy thing? Both gavel falls went to one auction bidder from southeast Asia!

It was only a few months back when we noted how a single Japanese whisky bottle sold at auction, a rare Yamazaki 50 year old, had dropped more than a few jaws when it priced out at over $39,500 USD. The Karuizawa shattered this number easily, fetching over $118,500 by the time the bidding stopped and a new world record had been set for the highest price ever paid at auction for a single Japanese whisky. This bottling is said to be 1 of only 41 ever made and is noted as being among the oldest from this distillery ever produced, having been distilled back in 1960 and aged in an ex-sherry hogshead before being bottled in 2013.

The Hanyu Ichiro Full Cards Series, meanwhile, set the world price record for an auction sale of a Japanese whisky series. Its final sale price? A rather mind blowing $490,000!! This particular series, distilled at Hanyu distillery, is highly coveted by collectors who can afford just one bottle of it, let alone the entire 54 bottle series. It is said to be next to impossible to purchase a whole set in one sitting, so the buyer who ended up with the full collection certainly has to be extremely thrilled with this acquisition. 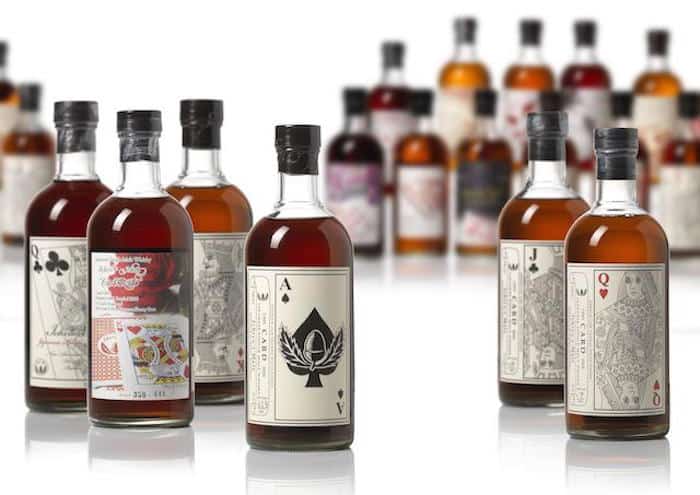 “As the first auction house that brought whisky sale to Asia in 2009,” said Daniel Lam of the Bonhams wine department in Hong Kong in a statement, “our Bonhams Hong Kong team has been working our best since then to introduce different exceptionally high quality whiskies to our clients around the world. Tonight’s record result is the reflection of the strong demand for the outstanding quality of the whiskies in the sale, regardless of the recent global economic slowdown.”

The next auction planned by Bonhams in the whisky space looks to be coming in November, where it is very possible more records could be broken.