Secret Japanese Whisky: A Visit to the Chichibu Distillery

Any earnest fan of Japanese whisky will be familiar with the spiritual successor to the Hanyu Distillery, Chichibu, but for many Suntory and Nikka are still the only recognizable players. Even as Japanese whisky’s popularity has reached a fever pitch in recent years, Chichibu has not received nearly as much attention as the likes of Yamazaki or Yoichi. And yet the Chichibu distillery continues to release furiously innovative whiskies as it expands and matures its operation. 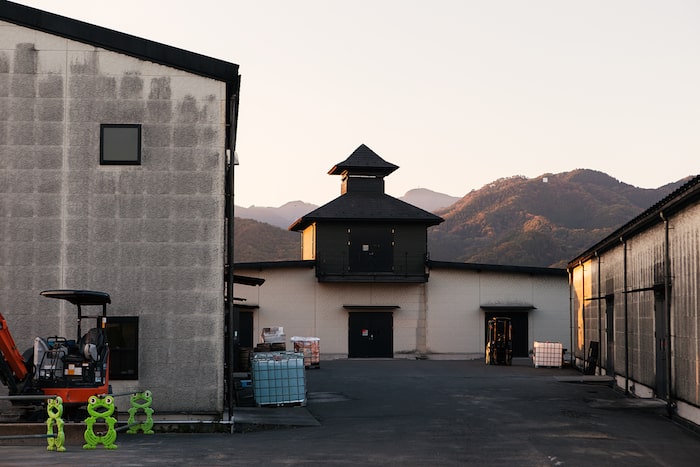 Situated just an hour’s train ride west of Tokyo outside the small town of the same name, the Chichibu Distillery was founded in 2008 by the grandson of the founder of Hanyu Akuto Isouji, Akuto Ichiro. After Hanyu closed in 2000, Akuto-san bought the remaining equipment and casks. Leading up to the start of production at Chichibu in 2008, Akuto-san began bottling some of the remaining 400 casks of Hanyu vintage, most famously as the Playing Card Series. Of the original 400 casks, only about 100 of the Hanyu distilled spirit remain. Visitors to the Chichibu Distillery can touch a small piece of Japanese whisky history as one of the three Hanyu pot stills is enshrined at the entrance to the grounds (two others are still in use for shochu production). 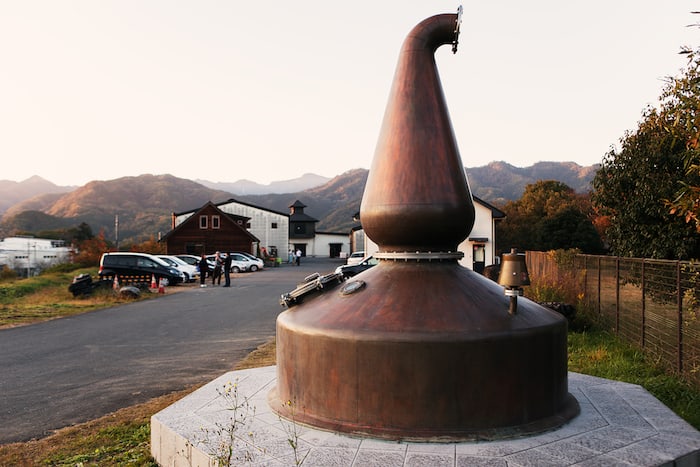 In fact, Chichibu is not currently open to the public. Visits are only allowed by appointment. It is indicative of the still small scale of Akuto-san’s operation. Chichibu produced only about 100,000 bottles in 2016 compared to millions at other major distilleries. All production is contained within one warehouse with just two stills and about 6,000 casks currently in five warehouses. Though Chichibu is growing, its this relatively small size that affords them the flexibility to innovate and experiment where the larger producers might not. 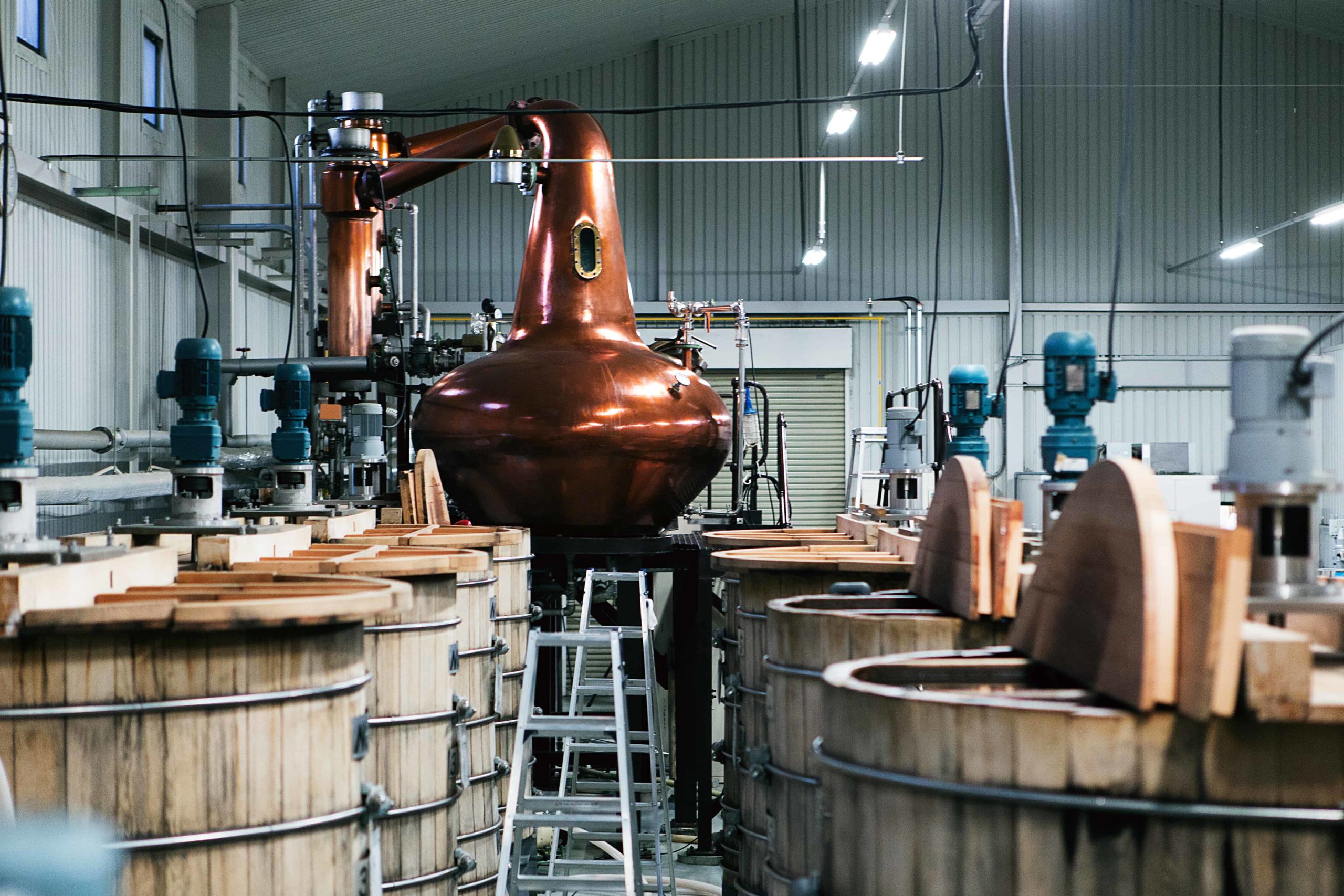 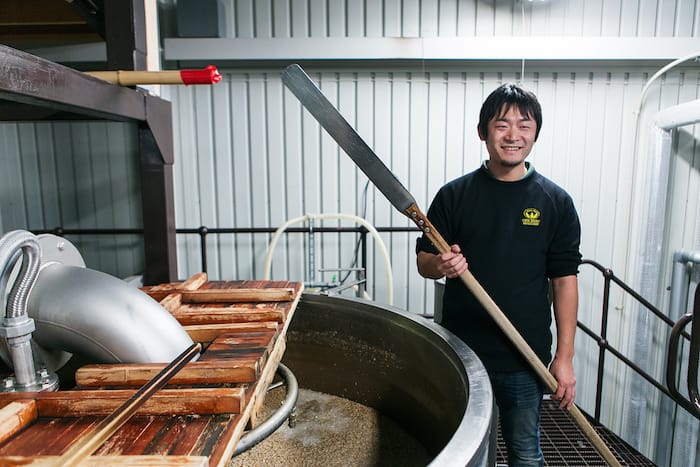 Most of Chichibu’s barley comes from the United Kingdom with about 10-15% from local producers. Malting is occasionally done on site, but it is largely imported. Similarly, some peated malt is imported, but only for a few months out of the year. Once milled, the grist is brewed in a 2,400-liter mash tun and demonstrates one of the hallmarks of Chichibu’s handmade nature. Because the mash tun is relatively small, there are no automated cutters and staff cut grist by hand with a paddle, but only when necessary. 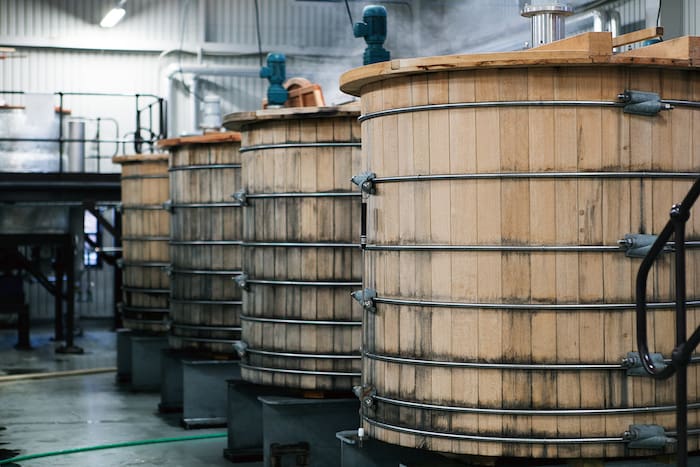 Once brewed, the wort enters one of Chichibu’s eight 3,100-liter mizunara washbacks. The term mizunara has entered the whisky vernacular in the past year given the popularity of Yamazaki releases, but it has largely pertained to cooperage. Chichibu’s washbacks are exclusively mizunara and a key to some of its distinctive flavors. The native Japanese mizunara oak interacts with the wort in a unique way over the 90-hour fermentation period that contributes to the overall fruitier profile of Chichibu spirits. Chichibu’s washbacks are as old as the distillery (about nine years), but mizunara casks typically last 100 years. 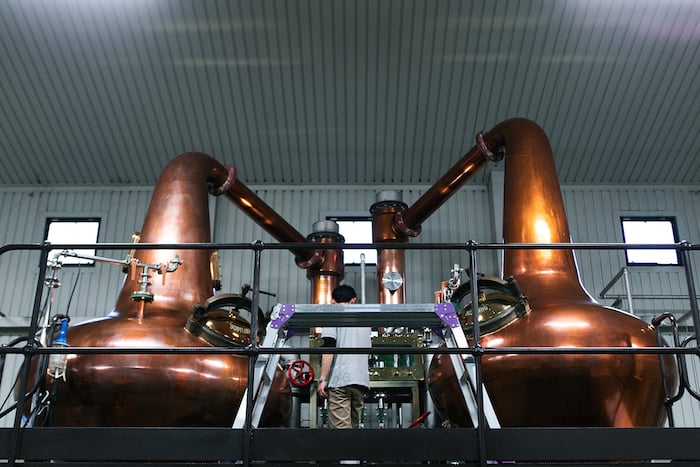 Chichibu’s wash and spirit stills are custom made from Forsyth in Scotland. They have capacities of about 2,000 liters and are designed to produce a heavier style of spirit with a straight head, shorter neck, and a slightly declined line arm. In true Japanese and artisan spirit, at Chichibu, unlike in most other distilleries, the heads and tails are marked by nosing and tasting, rather than timed measurements, from an unlocked spirits safe. Each batch is personally manned to ensure that the appropriate aromas and flavors are captured. 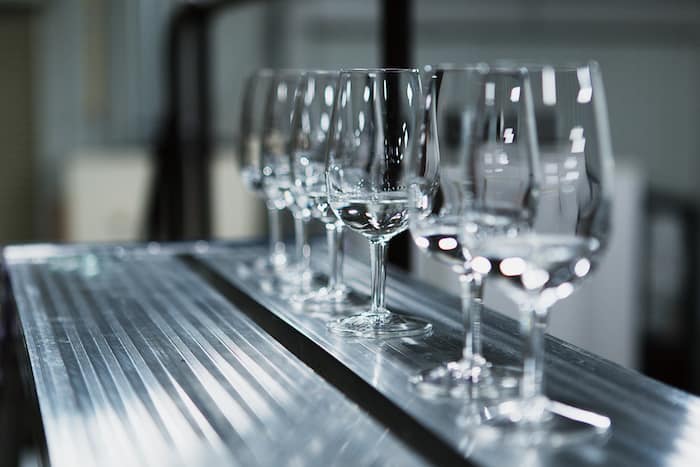 Chichibu’s five dunnage warehouses contain over 15 different cask types. One thing that separates Chichibu from its larger counterparts is that it tends to release single cask and small batch releases far more often, albeit limited. These have ranged from all kinds of wine maturations to tequila and most recently an IPA cask finish in partnership with the local Shiga-Kogen microbrewery.

Not only that, Chichibu is one of the few distilleries with its own on-site cooperage. Established in 2013 after being bought from a retiring cooper, Chichibu’s cooperage is making almost exclusively mizunara casks to age its whisky. There is a single cooper with one (and possibly more in the future) apprentices making casks solely for Chichibu’s use, so understandably the volume is low. 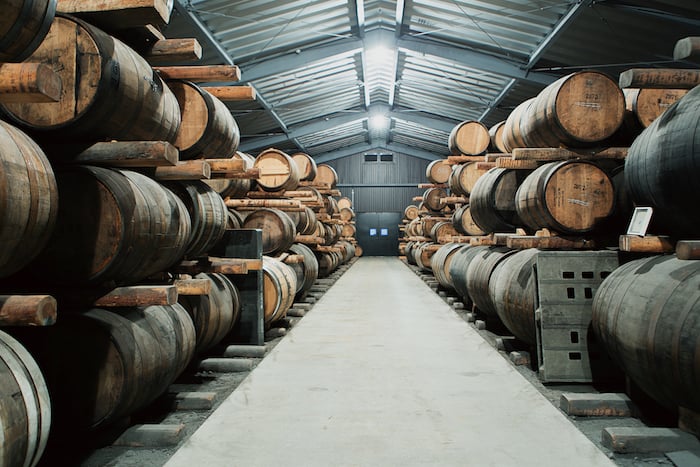 If you are lucky enough to secure a tour at Chichibu and see all of the aforementioned, the tasting portion is as revelatory (and delicious) as one at any distillery. Given Chichibu’s youth, it is possible to sample whisky made across its entire lifespan and the component parts of any one of its many experimental releases. 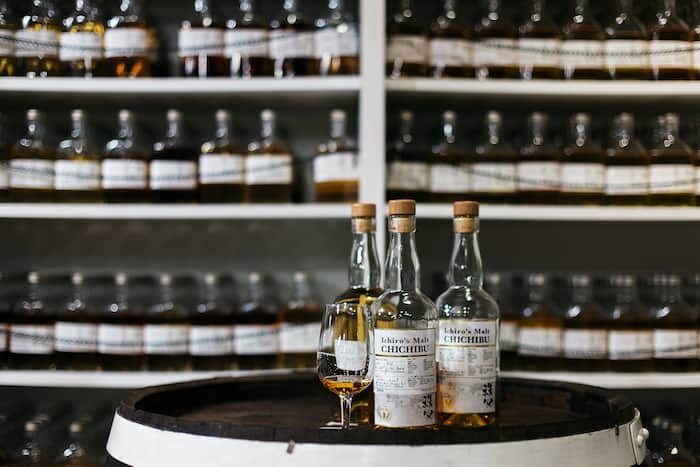 At the time of this writer’s visit, I was able to taste a component of the newly released IPA cask finish-the official release being a marriage of IPA finishes from a few months to three-years, a sample of the three-year finish yielded a much punchier hoppiness; a five-year peated sample that had a strong savory barbecue profile reminiscent of an Octomore and clue to the direction of future The Peated releases; and perhaps most interestingly an eight-year bourbon barrel sampled in 2009. The eight-year is significant because it is one of the oldest whiskies currently barreled at Chichibu and begins to show the potential added layers of complexity and texture Chichibu will possess as it approaches the 10-year mark.

Chichibu hopes to be able to release its first 10-year whisky to coincide with the Tokyo 2020 Olympics. That tantalizing prospect is only tempered by the reality of how difficult it will be to secure one of those bottles. 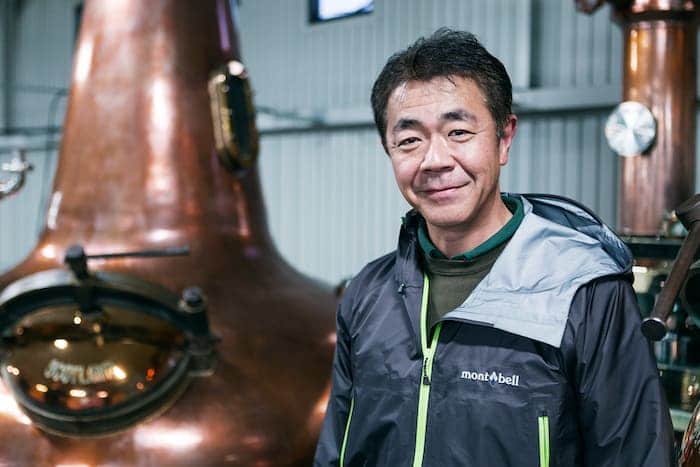 Akuto-San and Chichibu continue to produce some of the best and most interesting whisky, Japan or otherwise. The name Chichibu already evokes rabid fandom among enthusiasts, but there’s no question that it will become a household name for whisky drinkers worldwide in the near future. Their judicious use of mizunara, cask experimentation, and growing partnerships with other local producers will ensure that the name Chichibu is worth of its predecessor.