The road from whisky innocence to whisky excellence can be a long one, and sometimes the journey is both literal and philosophical. Case in point: the origin of Japanese whiskies began when Masataka Taketsuru, scion of a generational line of sake brewers (and a chemist) went to Scotland in 1918 to immerse himself in the ways of whisky.

After University of Glasgow chemistry schooling and apprenticeship at a couple of Scottish distilleries—where his careful note taking was legendary—he returned to team up with wine-shop entrepreneur Shinjiro Torii and the two founded Yamazaki distillery outside Kyoto under what became the Suntory company name. Suntory developed a modest internal market for the next 10 years, when Taketsuru left for Hokkaido to establish the Yoichi distillery in 1934, selling its whiskies under the Nikka name.

Suntory and Nikka were the imperial tigers of Japanese whisky, and remained so for decades, staying alive during the country’s sharp economic downturn of the late 1980s and 90s. Though international sales weren’t off the charts, the companies directed a sustained market within the country. But there wasn’t much buzz about Japanese spirits until the Yamazaki 12 year-Old Single Malt won an International Spirits Challenge in 2003, and then won awards there for various spirits for 11 years running. The world started watching—and drinking. 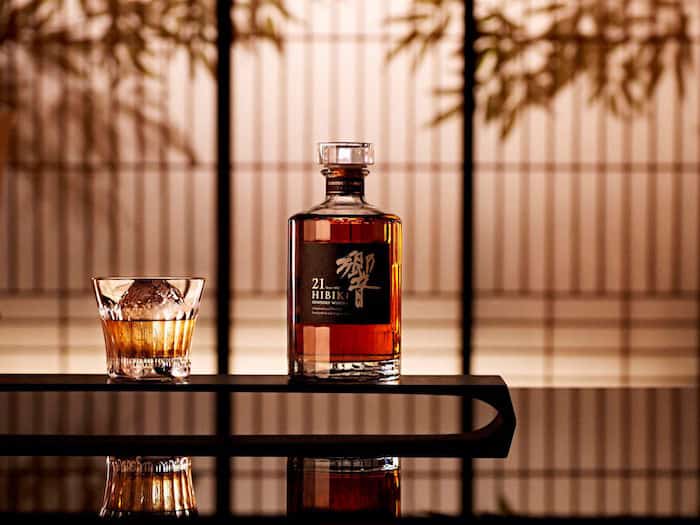 Though Suntory and Nikka by volume continue to dominate production, there are other names (and bottles) in Japan’s whisky sphere. Ichiro Akuto came from the Hanyu whisky company and family, and rescued 400 casks (many quite old) after the distillery was shuttered. He began releasing those aged spirits in his Card Series: all with different playing card labels and some of which, like the King of Diamonds, won international acclaim. Now with all 52 cards represented, they are considered collector’s items.

Akuto established meanwhile the Chichibu distillery in 1973, whose small output belies its high quality. Though Suntory and Nikka (both of which have multiple distilleries now) are the big names, there are other distilleries of note on the island as well. Here’s a nice recent list from Forbes that gives some tasting notes on some of the island’s most prominent products, including a couple of whiskies from small distillers.

Japan’s whisky heritage owes more than a passing nod to the Scots, but their approach, technique and expressions now leave the bagpipes more in the background. Japan’s single malts receive much fanfare, and those are usually made from a conventional malted-barley base, usually kiln-dried. Peat is present, but rarely with the chest-beating potency of some Scotches.

Most of the island’s distilleries also produce noteworthy blends, using a wide variety of in-house spirit variances: the distilleries are known for producing a broad spectrum of products from which to fine-tune the character of the blend. Shades of Masataka Taketsuru’s chemical note taking in 1919—rigorous control of minute nuances in whiskies – is one of the reasons the spirits have hit their heights.

The Japanese also experiment with barrel size and aging, and even occasionally use Japanese oak, as well as American white oak bourbon barrels and sherry casks. (The industry doesn’t have the regulatory strictures found in other countries, in thinking of something like the barrel/aging/grain component requirements for American bourbon.) Japanese mizunara oak, for example, is said to impart a subtle smokiness (as well as tropical fruit and coconut) to a single malt.

Of course, one of the basics, good water, must be in the mix. The Kyoto area where Yamasaki was built was known for its crystal-clear waters, while Nikka’s first distillery was situated at Yoichi, Hokkaido not only for its clean water, but because its brisk air (and the then availability of peat) reminded Taketsuru of his time in Scotland.

A Hint of This, A Dash of That

It’s always dicey to assign flavor profiles to a diverse range of spirits found in a country’s whisky. Some reviewers say many of Suntory’s single malts have hints of green apple, jasmine, and vanilla, with a dry finish. Nikka describes its Yoichi single malt as having “ … pleasant peaty notes and smokiness originating from the traditional direct coal-fired distillation, as well as a briny hint delivered by the sea breeze during the aging process.” I can attest to the sweet notes of vanilla and a certain nutty chewiness in their fine Nikka Coffey Grain Whisky, made from Coffey stills imported from Scotland in the 1960s.

But if you want to sip your way through a lot of flavor profiles, reviews and history, get yourself on over to the Nonjatta site: it is the definitive source of Japanese whisky information. But perhaps those pages are best read with a nice glass of Japan’s finest close at hand.