Opinion: Why You Should Start Paying Attention To English Whisky

About a month ago, a small virtual whisky event took place. It marked an important, if niche, point in whisky history. The English Whisky Society Virtual Festival was the world’s first ever whisky festival devoted entirely to English whisky, showing how English whisky has rapidly created a very interesting niche for itself within the last 15 years.

From 1903, when the English whisky distillery Lea Valley Distillery closed up shop, English whisky simply did not exist until the construction of the St. George’s Distillery in Norfolk in 2006. Since then, many new distilleries have cropped up across the country, with 26 distilleries currently in the process of producing whisky, though fewer have actually released whisky that meets the 3- year maturation criteria required by E.U. law, as of May 2020. 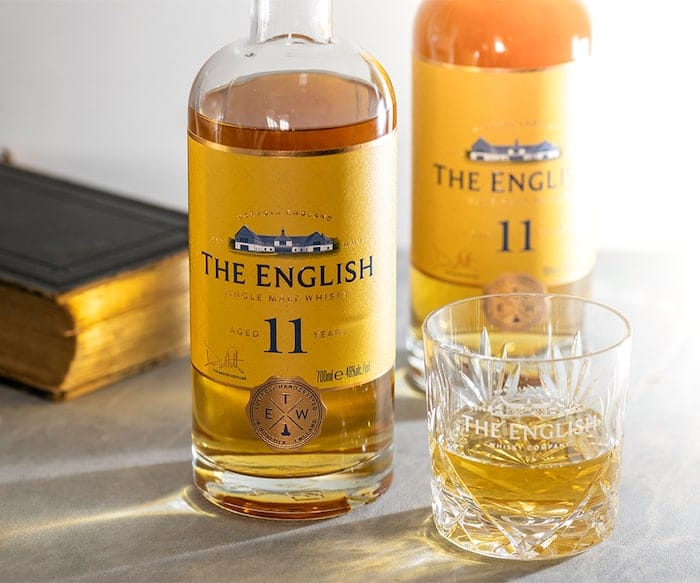 Already it’s becoming clear that many of these operations know what they’re doing with their liquid. For example, the young whiskies from The Cotswolds Distillery, founded by American Daniel Szor, are bursting with orchard fruit flavors. Third generation distiller Dariusz Plaszewski has created big, bold, hard-hitting whiskies at London distillery Bimber. The English Whisky Company (based out of St. George’s Distillery), has released a wide variety of malt and grain whiskies, with an emphasis on smooth sophistication. The Lakes Distillery, located by a llama farm in a remote area of Cumbria, is producing gorgeous rich whiskies often matured in ex-sherry casks.

With the exception of some of the releases from The English Whisky Company, English whiskies are not older than 3-4 years. Don’t be put off by the age, though. It may be young liquid but it is almost always complex and well balanced, featuring a wide variety of flavor profiles, and certainly worth your time. All English whisky distilleries are independent craft operations as well, so the scale of production is a drop in the ocean compared to their neighbors north of the border in Scotland. As a result, it’s still pretty hard to get hold of most English whisky releases, especially across the pond.

So what should you try? Here’s 5 recommendations that showcase what English whisky has to offer.

Bimber’s releases often sell out within minutes, and are rapidly snapped up at the retail stores that stock them. The distillery has announced that three single cask releases, #45 (sherry), #95 (virgin American oak), and 154 (ex-bourbon), will soon be exclusively sold in the U.S. near the end of the year (I’ve been told ‘in the D.C. area if I were a betting man’ by a spokesperson) as part of its new 2020 Country Collection. Expect big bombastic aromas and flavors.

The Lakes Distillery Whiskymaker’s Reserve No. 3 – Available at The Whisky Exchange

Each of the Whiskymaker’s Reserve releases is a reflection of what distillery Whiskymaker Dhavall Gandhi ultimately wants to create on a more regular basis. Each one of these is rich packs a serious punch. The latest iteration features a mix of Pedro Ximenez, Oloroso, cream sherry, and red wine casks.

Possibly the oldest English whisky that’s been made widely available, it is also soft and gentle. It’s fresh and floral, with plenty of candy sweetness on the palate, and an earthy, walnut like finish.

A combination of bourbon and sherry casks brings in citrus, graham crackers, and honey.

Now is the perfect time to start following and drinking English whisky, especially as it doesn’t suffer from the punishing 25% tariff currently set on Scotch single malt. Also, aside from the fact that we get to enjoy delicious new releases from these new distilleries, it’s exciting to be able to witness and taste the beginning of a completely new chapter of whisky and watch these distilleries evolve in the years to come.

56
Shares
2.2k
Views
Share on FacebookShare on TwitterGet Our Newsletter
Get The Macallan® Rare Cask at ReserveBar. Shop now!