New Takamine Whiskey A Revival Of A 19th-Century American Experiment

Honkaku Spirits recently introduced Takamine Whiskey, an 8-year-old koji-fermented whiskey, and right out of the gate, the new spirit won a Gold Medal at the 2021 San Francisco Wine & Spirits Competition.

Jokichi Takamine, a Japanese chemist living in Illinois, was the first to apply koji fermentation to American whiskey in the 1890s. Koji is actually a mold that grows on grains, breaking the starches into sugars which yeast can then convert into alcohol through fermentation. It has been used in Japan for more than 1,200 years to make sake as well as soy sauce, miso, shochu, and other familiar umami-laden Japanese specialties.

Koji fermentation is Japan’s alternative to malting. Honkaku officials said in a prepared statement that it was Takamine, in 1891, who patented his “Takamine Process” and began experiments with the Illinois Whiskey Trust. Shortly thereafter, the building in which the experiments were taking place burned to the ground under mysterious circumstances. 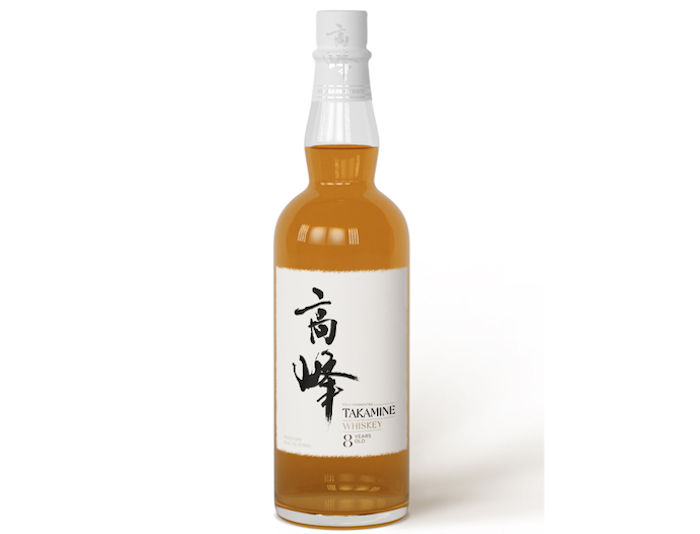 Not dissuaded, in 1894, the Trust began producing whiskey using the Takamine process. Sadly, the following year, the Trust was busted and Takamine’s koji-fermented whiskey never made it to the American public.

Despite this second setback, Takamine transformed his koji know-how into medical innovation, becoming what was said to be a prominent Japanese businessman in early 20th century America. Long devoted to Japanese-American relations, in 1912 he donated 2,100 cherry trees to Washington, D.C., which still bring joy to visitors of the nation’s capital every spring.

Takamine Whiskey was revived by Shinozaki Distillery (Asakura City, Fukuoka, Japan), which has been making traditional Japanese alcohol since the 1800s. The mash bill is 100 percent pearled, two-row barley: 40 percent koji-fermented and 60 percent steamed. A two-day koji propagation is followed by a two-stage open fermentation, then a double pot-still distillation to a barrel proof of 86.7. The whiskey is then aged in virgin American oak and ex-bourbon casks.

“Winebow is honored to represent Honkaku Spirits, starting with Takamine Whiskey,” said Richard Driscoll, executive vice president of spirits at Winebow. “We are thrilled to bring Jokichi Takamine’s legacy of whiskey making back to the U.S. This is an exceptional product with an incredible story, and we cannot wait to introduce it to our customers throughout the country.”

Honkaku Spirits is described as the first portfolio devoted exclusively to koji-fermented spirits including honkaku (authentic) shochu, Ryukyu Awamori from Okinawa, and koji whiskey from Japan. The company is led by Christopher Pellegrini, author of The Shochu Handbook, the first English language book about Japan’s indigenous spirits, and supported by ambassador Stephen Lyman, author of The Complete Guide to Japanese Drinks.