In 1994, Sullivans Cove Distillery in Hobart, Tasmania, became the first legal distillery on this Australian island in 150 years. It takes advantage of a region known for the purity of its air, water, and soil and also locally grown barley. They’ve produced award winning whiskies for many a year now, and their newest release, an Australian single malt aged in an ex-local port wine cask, could very well be another winner.

Sullivans Cove American Oak Tawny TD0074, according to those behind it, is a single cask expression which takes 100% Tasmania malted barley and ages it for 11 years in a cask which once held tawny (Australian port style) fortified wine. As this is a single cask release, the number of bottles is limited to 488 bottles, most of which are being made available for sale to subscribers of the Sullivans Cove mailing list first, with any remaining stock released to the public at a later date. 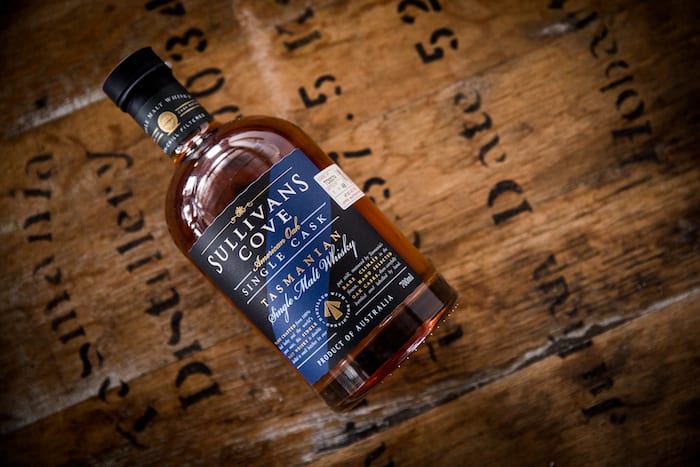 “Transparency is really important to us, so we want people to understand that both the kind of oak itself, as well as what the cask was previously used for, have a major influence on the character of our whiskies,” said Sullivans Cove Managing Director Adam Sable in a prepared statement. “This release has been aged in American Oak, so it’s getting a black label just like our standard release. But because that cask was previously used to age tawny fortified wine instead of bourbon, we’re giving it a blue stripe so people understand there’s a different flavour profile here.”

Limited official tasting notes for this 47.5% ABV whisky, priced at $400 per bottle, suggest “notes of cherry blossom, dried apples, and liquorice for a sweet, aromatic and broad nose. Intense nuttiness with beeswax and musky oak balances the sweet aromas along with vanilla bean, warm citrus and milk chocolate flavours.”

20
Shares
245
Views
Share on FacebookShare on TwitterGet Our Newsletter
Get The Macallan® Rare Cask at ReserveBar. Shop now!