When you pick up a bottle of Kikori, you can tell it’s like no other spirit you’ve had before. Printed on the back of the label is the folk tale of Visu the Woodsman in Japanese, giving the illusion of looking at ancient script on rice paper. As the story goes, Visu, a woodsman, was unable to find balance in his busy life. He spent centuries wandering the forest seeking harmony, a concept all too familiar in today’s modern society.

A centuries-old tradition in Asia, rice whiskey isn’t something people are familiar with on this side of the International Dateline. But Los Angeles-based Kikori wants to change that by introducing the first-ever rice whiskey produced in Japan and distributed in the United States. Made exclusively from rice grown in the Kumamoto (yes, like the oyster) rice paddy along the Iwase river in the volcanic southern Japanese island of Kyushu, the grain is considered among the best of its kind for its distinctive flavor profile (perfect for fermentation, according to Kikori’s distributor Soh Spirits International).

Branded as a unique alternative to traditional whiskey options, Kikori is lighter, brighter, and more delicate than traditional Japanese whiskies because it is derived from rice. It is far better suited for cocktails and is especially refreshing in warm weather (not that other whiskies aren’t, they assured me, but in really warm climates, Kikori’s lighter flavor and smooth finish makes it a fitting choice). Unlike its cousins soju and shochu, the more commonly known rice-based alcohols, Kikori drinks like a whiskey, albeit a young one.

I can attest that this is all true. At an event in Los Angeles introducing the spirit, Kikori founder Ann Soh Woods hosted renowned bartender SeongHa Lee (of Las Vegas’ Tokyo 365) to display the whiskey’s versatility. He prepared signature cocktails, served it neat, and also over a beautiful ice orb which he hand-carved using a Japanese ice chipper). The cocktails perfectly complimented the delicate sushi dishes, a welcome change for somebody like myself who sometimes wants an alternative to sake with a Japanese meal (or can’t stand the over-sweetened cocktails, like lychee martinis, that many American sushi restaurants serve).

Rice whiskey, most commonly found in Laos and Thailand (where many people make their own moonshine), likewise pairs well with other regional food. And, Kikori has already been welcomed with open arms into well-known restaurants like Roy Choi’s A-Frame, French-Asian fusion landmark Cassia, and world-wide Nobu. We’ll see if it expands beyond the Asian cuisine-heavy west coast. 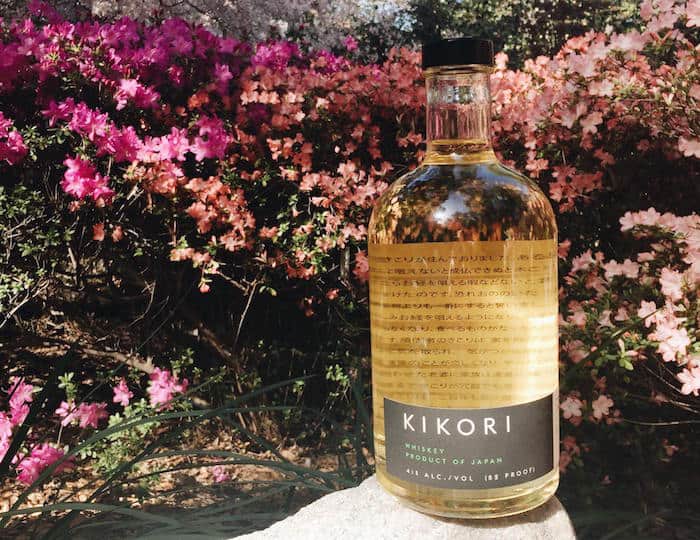 Appearance: Kikori has a rich chardonnay color in the bottle and more of a pinot grigio complexion in the glass, with the quick legs to match.

Palate: The palate is delicate, with notes of Botan Rice Candy wrapper, grain, orange blossom. Aside from the tingling left on the tongue, the finish is surprisingly dull (I actually found the finish more pronounced over the hand-carved ice).

While Kikori is definitely different from soju and shochu (especially with its higher ABV), traditional Japanese whisky drinkers may find Kikori unsatisfying to their palate. However, it is apples to oranges, and those looking for a lighter option and cocktail staple will be thrilled to now have this as an option.

Kikori is currently available in a range of Western states for around $47 a bottle.

I am an avid whisk(e)y drinker born and raised in Seattle, Washington. My love for the drink developed at an early age when I had the privilege of living and studying in Galway, Ireland where I visited many distilleries. Since then, I’ve worked at bars with exhaustive selections of whiskey...