Isfjord Whisky Out Of Denmark Made With Arctic Iceberg Water

The Isfjord brand, produced at the Braunsten distillery in Denmark, is known for crafting clear spirits such as vodka and gin that are distilled using pure ice water harvested from Greenland Ice Cap icebergs which break away and drift into the sea in the far north of the Polar Circle. Those behind it are now moving into whisky, having released two aged offerings made much through the same process.

In 2007, it is said, Isfjord discovered that making use of extremely pure and soft water from icebergs in the distillation process helped to create a cleaner drinking spirit. Some of this water has been preserved for upwards of 180,000 years, supposedly keeping it sealed from any pollutants. What Isfjord makes use of today are chunks of these icebergs, manually gathering them from boats after they naturally break off and scatter into the ocean. The ice is then reportedly melted into pure water “the same way the local Eskimos have done since the first man sat foot in Greenland.” 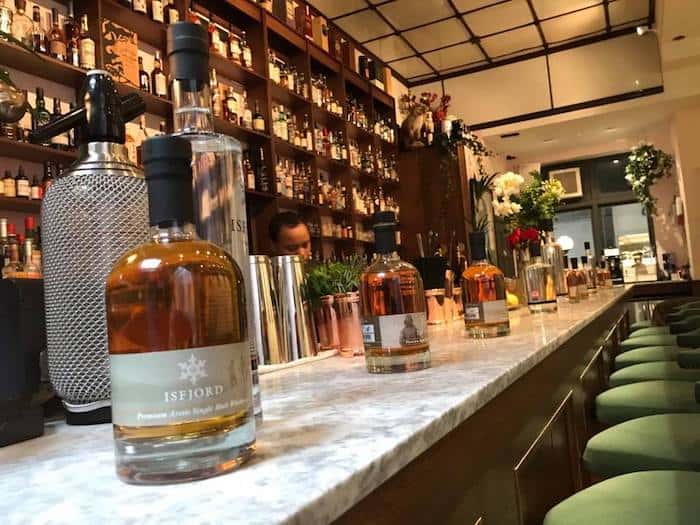 With regards to the two finished products, Isfjord Premium Arctic Single Malt No. 1 is a non-age statement release bottled at 42% ABV. It is made from non-peated malt barley and the Arctic ice water and aged in Oloroso sherry casks. Described as being for whisky lovers with a sweet tooth, it offers up a taste of vanilla, chocolate and loads of dried fruit, according to very limited official tasting notes.

Isfjord Premium Arctic Single Malt No. 2, meanwhile, is made using the same water and lightly peated malt barley. It is then aged in new American oak casks for a length of unannounced time before being bottled at 42% ABV. Very limited official tasting notes for this one suggest “a gentle, fruity whisky with rich notes of caramel, chocolate and vanilla.”