An exclusive batch of 2,000 bottles of India’s first- ever small-batch, artisanal craft, 100% rice whisky, known as Epitome Reserve, has been released into the wild.

In a prepared statement from Diageo India, brand representatives say that Epitome Reserve looks to celebrate the special people rooted in the future and leave a lasting impact on the planet, symbolized by the immortality and longevity of a banyan tree.

The golden-hued liquid blend is said to be like no other whisky in India, as it’s made of locally-sourced rice from the northern frontiers of Punjab, which then travels more than 2,000 kilometers to be matured in Goa in bourbon casks for more than three years. It’s then finished in PX Sherry and cherrywood casks in a 50-year-old warehouse. 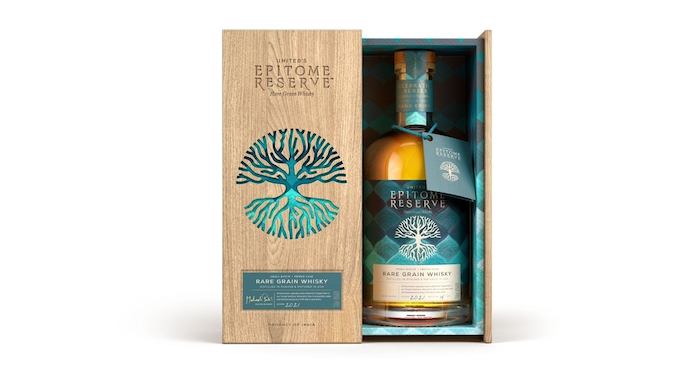 Deepika Warrier, with Diageo India, said, “We are delighted to announce Diageo’s foray into the ‘craft’ segment with the launch of the limited-edition Epitome Reserve. This launch strengthens our commitment to our premiumisation strategy, riding on brand renovation and innovation. A blend born in India from start to finish, we are confident this limited-edition craft whisky will resonate with our consumers in creating experiences they will cherish.”

Epitome Reserve comes in a handcrafted maple wood pack that brings to life the ethos of the Banyan tree, with shades of green and teal, and is meant to be a keepsake.

375
Shares
3.4k
Views
Share on FacebookShare on TwitterGet Our Newsletter
Get The Glenlivet 18 Year Old at ReserveBar. Shop now!