This new English single malt whisky is a marriage of the distillery’s core single malt expression matured in American and Spanish oak hogsheads and butts, seasoned with Oloroso and Pedro Ximenez sherries. It is officially said, to taste, to be “full of dark stone fruits with a hint of roasted almonds, followed by peppery oak spice.” 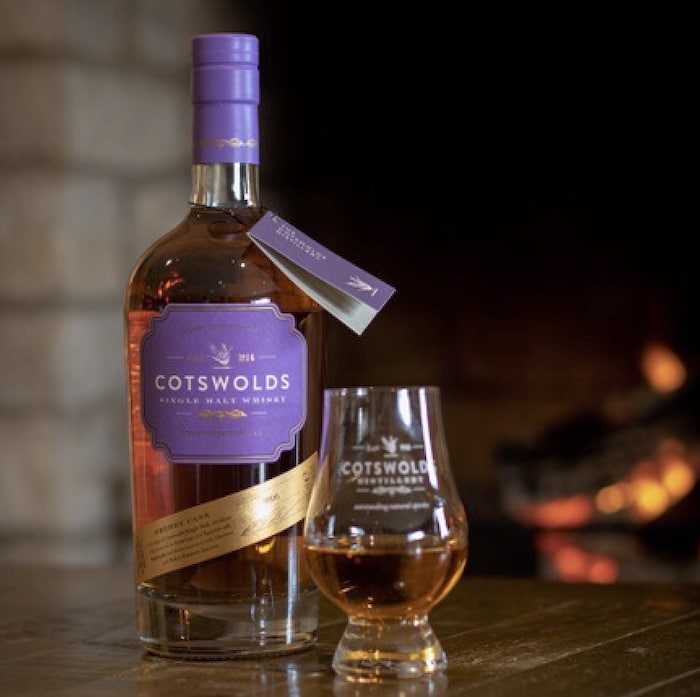 “I love a sherry cask whisky as it is one of the truly iconic single malt whisky styles,” said Nickolas Franchino, Head of Production at Cotswolds Distillery, in a prepared statement. “Good sherry casks give rich, fruity, spicy and nutty flavours that marry perfectly with the underlying malt character and are a joy to savour.”

The distillery team creates the Cotswolds Sherry Single Malt Whisky from 100% locally grown barley from the Cotswolds, traditionally floor-malted at Warminster, Britain’s oldest working malting. The barley is then mashed and fermented for over 90 hours before being distilled twice in copper pot stills. The resulting new make spirit is described as “smooth, complex and fruity.”

The Cotswolds Sherry Single Malt Whisky will be different every year. Each batch will have been sherry-aged throughout its maturation process, giving the whisky what’s said to be “a fuller and deeper flavor.”

The Cotswolds’ newest whisky is non-chill filtered, of natural coloring and has an ABV of 57.4%. Pricing is set at around £65, or about $85 USD. Fuller official tasting notes from the distillery are below, and it is available to purchase now.