If there is one grain that is trending at the moment, it must be rye. Barley might be the traditional go-to for many distillers but the spicier cousin seems to be popping up everywhere nowadays.

The Nordic countries have an especially long history with this grain, although rye is thought to have originated in what is now known as Turkey. It was an important grain for workers because it was filling, nutritious and easy to grow. There is even a saying in Sweden where if a person has “råg i ryggen” (rye in their back) it means they have physical and/or moral strength. During the Iron Age rye became the most commonly used grain, but barley and oats were also frequently used – and speaking of historical grains, I am patiently looking forwards to the luring rise of the European oat whisky, but that will be a topic for another time. Nowadays rye is a popular grain to use in different types of bread as well as beer – and now also whisky.

At first glance it might seem as if whisky makers that use rye, just want to make life a little bit more difficult for themselves. It clogs mash tuns, burns during distillation and foams to the point where it can spill out. When you learn more about rye, it becomes more and more obvious why the more easy-going barley tends to be the more favoured grain for whisky around Europe. Since I don’t have that much experience of getting to know rye whisky, I thought it would be an excellent opportunity to chat to Kalle Valkonen – the head distiller for Kyrö in Finland – and Tobiaz Forsberg – the founder and “brand daddy” of newcomer Blind Seal in Sweden. 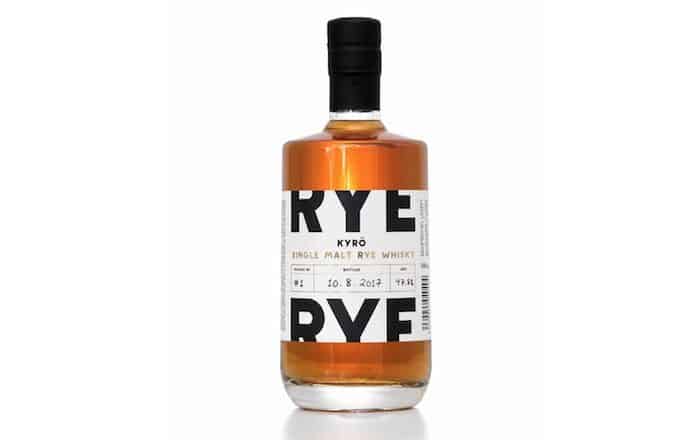 Kyrö has been distilling since 2014 after the idea to make a Finnish rye whisky was born out of a conversation in a sauna and all their products – from whisky to gin and cream liqueur (and now also hand sanitiser) is made from 100% Finnish wholegrain rye.

Blind Seal is, or actually will be, a Swedish rye whisky which is distilled at Agitator distillery and bound to be released in 2022. Tobiaz explains that he was inspired by American rye and bourbon, after feeling a bit tired of heavily peated scotch and cask matured rum, and wanted to make a Straight Rye Whiskey with a distinct Swedish touch. Instead of using corn, a popular grain for various whisky types in the states, Blind Seal has a mashbill of 63% malted rye as well as 37% malted barley. Both of which are grains that are more associated with early Nordic history. The rye malt that Blind Seal is using is quite different to normal rye and the desirable grain properties for their whisky production are low moisture content, high in starch and also in enzymes.

When it comes to maturation, both Kyrö and Blind Seal use new American white oak, mirroring the way rye whisky is matured in North America. Kalle also told me that the characterful spirit you get from a rye distillate can result in a quicker extraction of flavour from the casks, compared to a barley based spirit. Kyrö has not just used new American oak however, but also bottled some limited releases incorporating first fill ex-bourbon as well as sherry casks. The spirit for Blind Seal will mature for at least three years in so called new wave casks, where the staves have grooves on the inside to increase the spirit to wood ratio.

These two also differ in their distillation process. At Agitator the rye spirit is vacuum distilled, meaning that the boiling point can be lowered which results in a gentler treatment of the grains. Tobiaz explains that it also means that they are able to go deeper in to the tail, or feints, of the spirit and get more from the esters and phenols which in combination with a slow and controlled fermentation makes for a clean and fruity spirit, without any unpleasant off-flavours. As previously mentioned it can be a problem with rye that the grain burns on the surface during distillation and it also tends to aggressively foam. At Kyrö they use an antifoaming agent as well as mixing during distillation to prevent these unwanted side effects.

In spite of these production challenges, whisky makers like Kyrö and Blind Seal keep producing their rye whisky and it is becoming more and more popular in Europe as a lot of whisky enthusiasts – old and new – get captured by the interesting and unique flavour that the rye brings to the spirit.