Europe is an old continent when it comes to history and also the art of distilling. Each country seems to have their own version of “aqua vitae” from the dill and caraway spiced akvavit in Scandinavia, to various fruit brandies in France and vodka in Poland.

When someone says whisky it is easy to immediately think of Scotch or Irish whiskey, but nowadays there’s a growing amount of distilleries in almost every European country. Besides Scotland and Ireland, whisky production could be considered a more recent addition to the spirit scene in the modern day and it isn’t surprising that many have looked to primarily Scotland for inspiration and guidelines. Most will mature their spirit for at least three years before calling it whisky and you will also find that many European distilleries also spell “whisky” without the e for this reason. Unless you are a German distillery in the area of Hessen where it is known as “whessky,”,as a play on the combination of both words.

When talking about European whisky, not including Scotch and Irish, it could be categorised as “New World” whisky, borrowing the term from the wine industry, meaning it is produced in countries that have started out by borrowing the techniques or traditions from other countries where it was first produced.

But the European distilleries don’t just copy how whisky is made in Scotland – they also provide their own innovative techniques and ideas. In 2011 the Swedish distillery Mackmyra introduced their gravity distillery that would use the force of gravity throughout the whisky production whilst Scotland is currently awaiting the construction of its first gravity-led distillery at the Edinburgh based Port of Leith distillery. 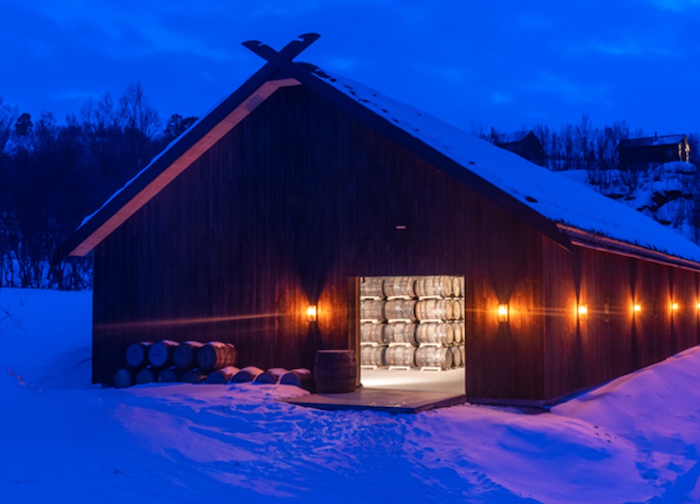 Even though you’ll find similarities between different distilleries throughout Europe, there is also vast differences due to things like climate and culture. Naturally you will find that different countries will use local grains and casks to incorporate ingredients and cultural aspects that honours the area it is based in. The wide variety of climates in Europe provides an opportunity to create various styles of whisky. From the most northernmost Aurora Spirit distillery in Norway where winter can provide below -20C degrees to the Spanish Liber distillery in Sierra Nevada where the distillery cellar temperature can rise to 25C in the summer.

When it comes to grains, it has had a long history and great importance for the continent and even though the New World whisky producers do use barley a lot, they are also using grains like buckwheat, rye, wheat and oats. The rye whisky category seems especially trendy at the moment, not only in Europe, but all over the world.

But being able to use grains hasn’t always been allowed. In Switzerland you have only been allowed to produce whisky since July 1999 because of previous laws stating that staple foods like grains and potatoes couldn’t be used for the purpose of distilling. It put a halt to being able to produce whisky, but has instead allowed a development of fruit based brandies. Switzerland has also had its beer industry grow, especially over the last two centuries, and after the law change there was several breweries that started making whisky as well. It isn’t uncommon to find breweries in other countries, for example Germany, that are now also distilling grain spirits and sometime also maturing them in beer seasoned casks.

When talking to European whisky drinkers about preferences, it seems the peated styles are especially popular in some of the more northern countries, perhaps because of the more common occurrence of smoked foods. So it isn’t surprising to see many distilleries doing their own versions of smoked malt. Both Iceland and Sweden have distilleries that have added their own cultural twist to the Scottish traditional way of using only peat, both ways originating from historic ways of preserving food by using smoke. In Iceland the Flóki Distillery uses sheep dung to smoke the barley and in Sweden the Mackmyra Distillery adds juniper twigs to the peat.

As European “New World” whisky is becoming more and more popular, perhaps we will soon see more guidelines and restrictions coming in to place to protect the spirit, as it has in other countries like Scotland, America and now more recently; Japan. It could clarify things like what spirit is actually distilled within the country and what spirit is distilled elsewhere but imported and sold as a local product.

With so many distilleries, innovation and ideas, it will be exciting to keep an eye on the development of whisky in Europe moving forwards.