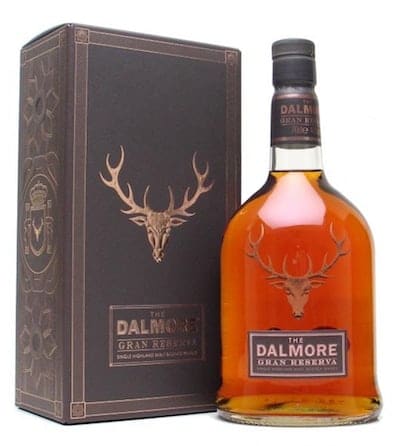 In the ever-shifting landscape that is Scotch whisky, individual releases come and go. The Dalmore remains one of the stalwarts of the industry as far as labels go, while its unique offerings have been occasionally in flux.

Such is the case with Dalmore Gran Reserva. Originally intended to replace the original Cigar Malt, Gran Reserva itself is no longer a part of The Dalmore’s Principal Collection. The current lineup in this range consists of 12-, 15-, 18-, and 25-year-old offerings as well as the revamped Cigar Malt Reserve and King Alexander III. Additionally, The Dalmore features travel retail exclusives as well as the Constellation Collection and Legendary Releases. Bottlings in these latter two series are considerably more rare vintages.

It is difficult to not see a pattern in the rotation of releases occupying the relative mid-price range of The Dalmore’s Principal Collection. With the discontinuation of the original Cigar Malt, Gran Reserva was initially tasked with ushering whisky fans upwards in the echelon of The Dalmore. Today, that position is more or less occupied by the 15-year-old release.

The current lineup is somewhat more streamlined, at least in terms of discerning the ascending order of price. Age statements can indeed be helpful in this regard, with notable exceptions such as Lagavulin’s annual 12-year-old release being more expensive than their standard 16-year label. As it stands today, Gran Reserva is yet another label made collectible by way of its own demise. The Highland single malt release was matured in ex-bourbon and sherry casks, and bottled at 40% ABV.

Palate: Soft and sweet, with a strong oak presence, but not to the point of being overwhelming. Fruity. Under-ripened plums, so much so that I almost felt the need to floss my teeth to remove stubborn bits of plum skin. Some tart cherry in the mix along with a bit of cream soda and a rush of toffee candy towards the end.

The finish is a fast burn – more of a flash than a burn, it’s gone very quickly, leaving nothing but lingering notes of toffee, charred oak, and a bit of fennel.

Along with its predecessor, Cigar Malt, Dalmore Gran Reserva remains a fond memory for many a whisky collector. In my own experience, I found the release to be competently crafted, yet lacking in any real identity that would make me seek out a bottle that is increasingly difficult to find and more expensive by the day.

All things considered, I think the Principal Collection benefits from simplification. Gran Reserva is quite honestly not a label I miss seeing on store shelves, especially when other Dalmores remain high in quality and abundant.

20
Shares
1.3k
Views
Share on FacebookShare on TwitterGet Our Newsletter
Get The Macallan® Rare Cask at ReserveBar. Shop now!