L.A. film production house Blacksmith + Jones has announced the launch of a new documentary The Water of Life, a celebration of the people who helped turn the Scotch whisky industry into the juggernaut it is today. And they are celebrating the release of this film with a week of online events to coincide with Burns Night, which honors the life and work of Scottish poet Robert Burns.

“Burns Night has always been a night for friends and family together,” said Trevor Jones, one of the film’s producers, in a prepared statement. “Since this year that is not an option for so many, we hope that we can provide an opportunity for communal experience. You can watch the film, hear the amazing stories, incredible score and all while having the world’s best whisky. Even if you can’t be in the same room, you can share the same experience.” 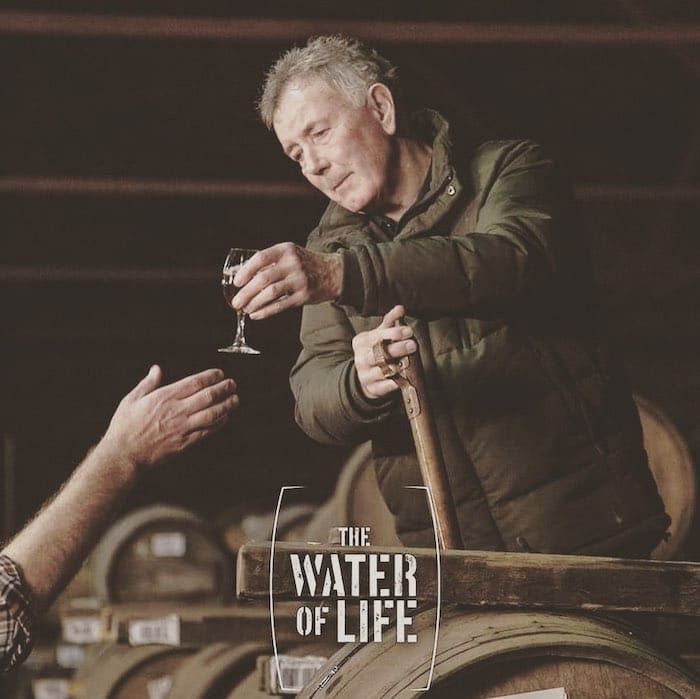 The Water of Life (image via Blacksmith + Jones)

If that weren’t enough, Blacksmith + Jones had also been offering up a limited edition tasting kit, curated with whisky bottler Dramfool, to accompany the screenings. They included samples of Bruichladdich Classic Laddie, Balvenie Doublewood 12-year-old, Glenallachie 12-year-old, Port Charlotte Islay Barley 2012, Glasgow Distillery Peated 1770, and Waterford Irish Whisky – Single Farm Origin. The kit was available for £38 (about $52 USD), but was sold out as we went to press with this story.

“Our biggest challenge, as with any food or drink film, is you can’t taste the screen, said the film’s director Greg Swartz. “When putting this event together it was important that we found a way to bring not just the story to the screen but to engage the audience in a way whisky does. When you take that first sip your senses are bombarded not only with the smell and taste, but it taps into your memories, feelings, and emotions if you let it.

“Our Burns Night Celebration will bring all the senses together through watching the movie, pairing that with the tasting kits, and offering the opportunity to join the stars to hear them talk more about their passions.”