The Distillers One of One Auction Nets $4.1 Million For Charity

More than 40 ultra-premium whiskies and experiences went to new homes recently, all around the globe, as The Distillers One of One auction took place December 3rd.

This was the first in a series of auctions under the banner The Distillers One of One, this one taking place at Barnbougle Castle near Edinburgh and organized by The Distiller’s Charity, the philanthropic arm of The Worshipful Company of Distillers. The auction was in collaboration with Sotheby’s.

Staged in the Banqueting Hall during lunch, the bidders regularly erupted into applause as records tumbled, new benchmarks were set, and funds were raised for the charitable causes. 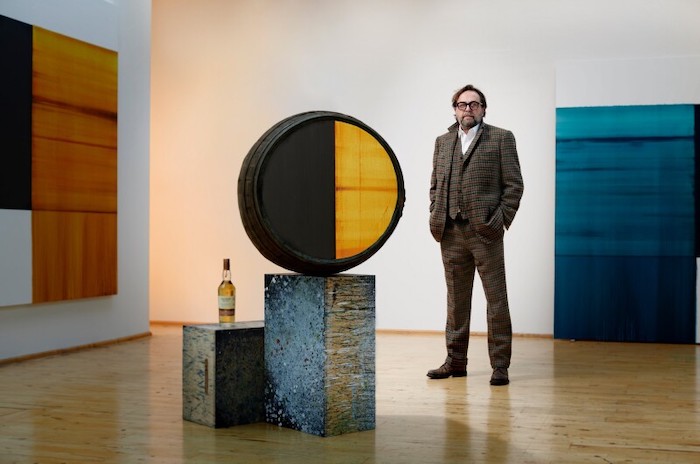 Collectors in the room, on the telephones and online, competed for the 42 lots on offer, and by the time the sale drew to a close, the auction reached a total of £3.1 million ($4.1 million), two and a half times the pre-sale low estimate.

There were registrants from 24 countries there to bid.

In total, more than £2 million will be divided between four charity partners of The Youth Action Fund, which has been created by The Distillers’ Charity to transform the life chances of 16 to 25-year-old people in Scotland, empowering them to create positive change in their lives and communities.

Jonathan Driver, Master of The Worshipful Company of Distillers, said in a prepared statement, “We are truly overwhelmed by the amount that has been raised and are so grateful to all of the sponsors, brands and bidders who got involved, donated spectacular lots and showed us incredible support, for making this happen. To know that over £2.5 million will now be distributed to help young people across Scotland through our charity partners is really special.”

He said the event wouldn’t have been possible had companies of all sizes from across the Scotch whisky industry not come together in this collective endeavour. “It showcases just how extraordinary the people who work in the world of Scotch whisky are and we are privileged to have been the catalyst for this landmark sale. We want to extend a huge thanks to everyone involved.”

Jamie Ritchie, Worldwide Head of Sotheby’s Wine, said, “Our global wine and spirits team were delighted to partner with The Worshipful Company of Distillers and their philanthropic arm, The Distillers’ Charity, to create a new series of charity auctions that showcase the best of the Scotch Whisky industry and provide important funds to benefit disadvantaged young people in Scotland. The phenomenal outcome of this auction follows the significant success of the recent Hospices de Beaune wine sale and we look forward to our first auction with the Napa Valley Vintners early in the year. We are committed to working together with these charitable organisations to unite collectors with special opportunities to acquire rare bottles, while benefiting the communities of each region.”

Jonny Fowle, Sotheby’s Spirits Specialist, said this auction was a unique collection of whiskies, driving the overall total beyond their expectations. Record prices were achieved for Bowmore, Balvenie, Glenfiddich, Ladyburn, and Talisker, and more.

The second most valuable lot of the sale was the Talisker 1978 Cask of Distinction, which was competed for by several collectors in the room, online and on the telephones, selling to a private collector for a record price of £625,000 / $831,780 (est. £350,000-500,000). This 43 Year Old cask of still-maturing Talisker single malt Scotch whisky was offered with a cask-end that has been turned into an original work of art by acclaimed Scottish painter Callum Innes.

Several once-in-a-lifetime whisky experiences were included in the auction, including the Gordon & MacPhail One of One Selection Experience from the 1940s or 1950s – an immersive visit to Speyside with the opportunity for the recipient to work alongside the team to create their very own whisky – which sold for £87,500 / $116,450 (est. £80,000-160,000).

For this year’s auction, the Youth Action Fund will work together with the following four charities on specific initiatives in Scotland: