The Spirit of Speyside Whisky Festival has officially moved their April festivities online, due to the coronavirus pandemic and recommendations from the Scottish government to restrict travel and public gatherings as a new variant of the virus arises.

With a full program to be announced over the next few weeks, events so far include a tour of one of Scotland’s newest and most contemporary distilleries, Dalmunach Distillery, from Master Distiller, Alan Winchester; an exploration of Benriach’s World of Flavour and new portfolio with Global Brand Ambassador Stewart Buchanan and a whistle-stop virtual tasting tour of Malt Whisky Country with The Malt Whisky Trail.

Festival organizers are hopeful that the 21-year-old event will be able to go ahead in person November 3rd-8th, providing it is safe for everyone to travel at that time. 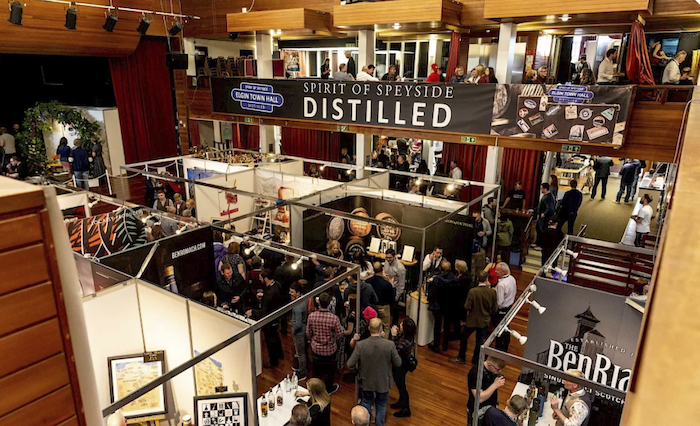 “Given whisky lovers won’t be able to come to Speyside for our annual festival this April, we have decided to take the festival to them until it is safe for visitors to return to Malt Whisky Country hopefully later in the year,” Chairman of The Spirit of Speyside Whisky Festival James Campbell said in a prepared statement. “In the meantime, we hope that our online program of events in April will lift everyone’s spirits and give people a taste of what to expect from the festival in November. We will then revert back to our traditional date in 2022.”

The Spirit of Speyside Whisky Festival first launched in 1999 and has developed into one of the world’s largest events of its kind with a program of 700 whiskey-inspired events over six days. Standing as the biggest whiskey producing region in Scotland, Speyside is located in the Moray area in the North-East of the county between Aberdeen and Inverness.

The full program of events is set to be released on the festival’s website March 11th. Tickets for the virtual event will go on sale March 16th.

21
Shares
1.5k
Views
Share on FacebookShare on TwitterGet Our Newsletter
Get The Macallan® Rare Cask at ReserveBar. Shop now!