The contemporary whiskey boom has ushered in an era of intense experimentation. Not long ago, the whiskey industry was, if not staid, at least very traditional. Generally speaking, distillers did things the same way they’d always done them – by adhering to the time-tested traditions of their ancestors, their companies, and their regions.

Oh, how things have changed. It’s hard to pinpoint exactly what triggered the shift – Was it growing consumer understanding about the technical side of whiskey production? The explosion of craft distilleries, all seeking ways to differentiate themselves from the pack? Response from heritage brands striving to keep up with craft experimentation? Whatever it was, it happened, and the number of sacred cows in the whiskey world is rapidly dwindling. 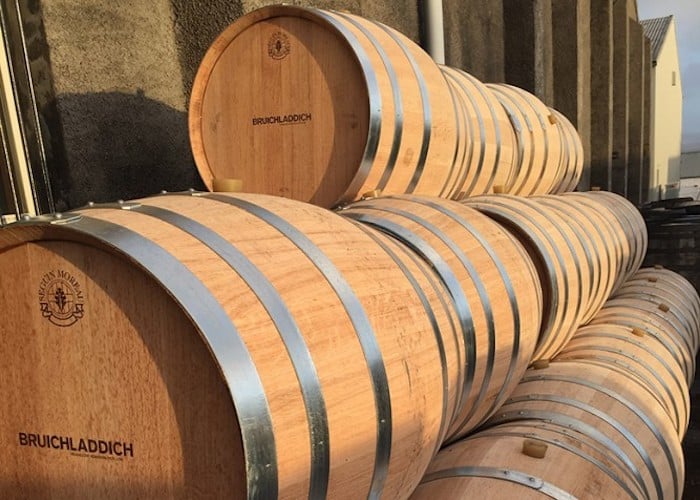 But there are still a few. While Scotch whisky must, by law, be aged in oak casks for at least three years, the rules don’t specify what kind of oak casks. For many years, the industry has employed used casks as a rule – used bourbon casks, used sherry casks, used wine casks, and others – but recently a few Scottish distillers have been experimenting with new virgin oak casks, a barrel type most commonly associated with American whiskey.

Bruichladdich, for instance, uses new oak in its Octomore series, and Glenmorangie occasionally uses new oak casks. But these forays have been met with mixed response from the Scotch industry, with many voices warning against the so-called bourbonization of Scotch whisky. For some, new oak is considered a shortcut to maturation that goes against the long-held traditions of Scottish distillers.

In a recent interview in Whisky Magazine, Serge Valentin of Whisky Fun says, “I have the feeling that the process is the equivalent of using oak chips for wine. What’s next? Thermofinishing? Flash treatments? Boise-soaked casks? [Sidenote: in the American craft industry, we’re already there.] You feel it on the palate: vanilla, sweet ginger and coconut tend to dominate, with a sweetness that may be appealing to the novice but that, in my opinion, tends to make all whiskies taste more or less the same.”

For now, most Scotch producers are sticking with used barrels – but in an industry changing this rapidly, who knows what shifts time will bing.